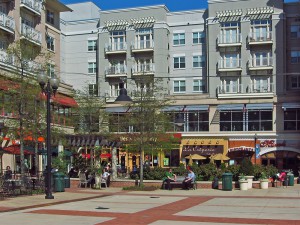 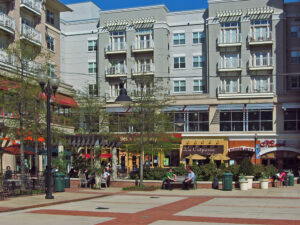 The discussion centered on the role of the Retail Plan going forward, including the Plan’s overall vision, principals and policy.

A major focus of the discussion among Board Members was what role the Retail Plan should have in approving future development, and what level of comfort the Board has with incorporating greater flexibility within the Plan. The general consensus from the Board seemed to be erring on the side of greater flexibility, and a reluctance to be too prescriptive with the plan so as to limit development or inhibit the ability of the County to respond to changes in the economy that may affect retailers.

That said, County Board member Jay Fisette liked the idea of using the Plan as a way to plan more active uses on ground floor retail sites and avoid “dead spaces” in areas where the community would prefer retail activity.

Other topics of discussion included: the desire by Arlington Economic Development staff to see a limit on large, expansive lobbies on shopping streets, as they tend to be less active than retail, the differences between the “hybrid uses” and “personal, business & retail equivalent uses” as defined in the Plan and whether or not upon review it would make sense to merge some categories to create fewer categories overall. At the close of the meeting, the working group discussed the perceived future need to continue the “grocery store policy,” which historically offered bonus density for a developer proposing a grocery store use in the County. The consensus seemed to be that it should be looked at more closely and considered if such a policy was still needed.

The Retail Plan generally would not apply retroactively to previously approved site plan projects, however, it could impact those plans with approvals specifically referencing the Retail Plan or future updates to the Retail Plan, as some approvals may do. It remains unsettled how the Retail Plan would interact with other planning documents like small area plans and sector plans.

The Board asked that the Task Force to take the comments from the working group and incorporate them further into the final draft plan, which is intended to be considered by the Board at a future meeting.

To see a recap of the discussions to-date involving updates to the Retail Plan, visit the Arlington Economic Development website.