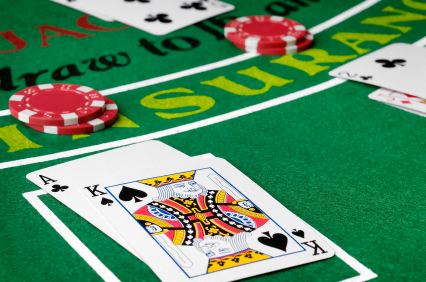 Arlington County has moved to sue yet another individual transportation official in its pending HOT lanes project in federal court in the District of Columbia. The pending case, a fight over the HOT/HOV lanes in I-395, argues that VDOT and the US Department of Transportation failed to undertake appropriate traffic, environmental, and other studies in approving the northern section of the project.

In its inital papers, Arlington elected to not only sue the various governmental agencies, but also the highly regarded Pierce Homer, then Secretary of Transportation for the Commonwealth of Virginia, individually. The primary thrust of the case relates to an alleged failure to consider environmental, traffic and other impacts of the project during the review process. Arlington County sued Secretary Homer individually for engaging in civil rights violations by allegedly favoring suburban white people over less affluent minority residents of Arlington County. The Complaint alleges, in a remarkably long, rambling, ninety plus pages, things like:

The use of public funding, to serve the interests of wealthy, predominantly white Virginia residents from the southernmost counties affected by the Project and at the obvious expense of the largely less affluent, predominantly minority and ethnic populations that reside in and along the corridor of the Northern Section, in particular in Arlington County.

Arlington has been widely and universally criticized by the business community, amongst others, for this approach. The Northern Virginia Transportation Alliance, with virtually every significant regional business organization signing off, wrote Arlington County Board Chair Jay Fissette on May 28, 2010 and called out the County’s lawsuit as an impediment to regional transportation efforts. In particular, the letter stated the the civil rights allegations “are not credible and frankly an embarrassment to this region.”

How did the County respond? On June 22, Jay Fissette sent a reply letter to NVTC. The silence was deafening in that the letter did not even respond regarding the civil rights elements of the lawsuit. We now see that rather than focusing on the traffic and environmental issues in the case, the County has elected to double down on its strategy of filing suits against individual transportation officials. The County now seeks to add Edward Sundra, a Senior Environmental Specialist for the Federal Highway Safety Administration, as an individual defendant. The County again argues in its Motion to Amend and Amended Complaint for individual liability based on Mr. Sundra’s alleged individual acts of civil rights violations.

In a time of deep fiscal challenges for state and local governments, Arlington has reportedly spent over $1,000,000 already on this lawsuit. It is rare that I editorialize and opine rather than report, but it seems to me that money should have been used for a variety of other causes, like keeping the planetarium open, instead of further killing Arlington’s credibility in Richmond. This case, and in particular the allegations against the individual defendants, are easy fodder for the rest of the state to throw up their hands, scoff at Arlington, and say, “See, I told you so.” Continued delays in litigation threaten the Commonwealth’s ability to tap into various federal funding sources and we desparately need investment into every potential transportation avenue, including roads, in the region.

For lessons learned on litigation strategy, this case brings to mind a couple of strategic litigation truisms which are worth sharing. I will leave it for others to judge whether these can or should be applied to this case.