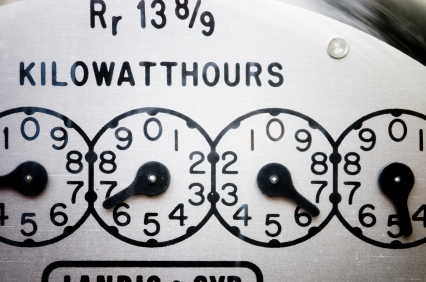 Well, now that I’ve had the chance to really focus on and review Arlington County’s Community Energy Plan Summary of Preliminary Recommendations and its Addendum, published on October 13th, it looks like the County has taken its first step toward its goal for a Community Energy Plan. As with prior explanations about the Community Energy Plan, there are quite a lot of facts and statistics, and there is a lot of information presented, which really doesn’t answer the basic question that everybody is asking, which is: “How will this plan impact me?” For this reason, without commenting on the policies or goals behind the plan, I thought it might be time for a fact sheet that distills out the implications of the preliminary plan. As with most policy documents, the plan will change and evolve over time once it is adopted. So here’s the tip of the iceberg:

The County Manager would administer and implement the plan. This means the County Manager will eventually delegate the implementation to the various department heads necessary to pursue the policies set forth in the plan, and implementation would then trickle down to the staff level from there. There would also be an Advisory Board, presumably appointed by the County Board and made up of involved community representatives, to consider ongoing policy issues and to provide input on specific initiatives, similar to other commissions in the County, such as the Planning Commission, Transportation Commission, etc. Also, there would be implementation teams created at the neighborhood level to encourage implementation of the plan, and to identify localized neighborhood-scaled projects/initiatives.

For single family homes, the County has identified, beginning in 2015, new construction and renovations of existing single family homes will be expected to increase home efficiency by 30% more than today’s average (to increase to 50% by 2050). Therefore, if you were to submit any plans for a new home or home renovation, you would be expected to establish how this increase in efficiency would be achieved. It is unclear how the County will implement this goal, as neither the Uniform Statewide Building Code nor the Zoning Ordinance presently permits the County to require this on by-right single family home construction or renovation projects. At a minimum (there are Constitutional implications) the County would need enabling legislation at the state level to implement this goal as a “requirement” for by-right projects. Also note, the County wants to bring community energy planning to the civic association level, so the County will be looking to encourage single family home owners to comply with neighborhood-level energy plans adopted by your local civic association and probably vetted through the public process.

Impacts on the Commercial Property Owner:

As with single family homes, starting in 2015, all new buildings (and renovated buildings) will need to operate 30% more efficiently than today’s average (to increase to 70% by 2050). While increased energy efficiency has been an ongoing bartering item during the County’s various special exception processes, it is also unclear how the County will implement this goal with respect to by-right commercial projects without enabling legislation at the state level.

As with other planning documents, the Community Energy Plan will be broken down into corridor and sector plans for fine-tuned planning purposes. This means when you are scoping sites and doing your due diligence on projects, whether as a developer, architect, engineer, or some other professional, you will need to consult these plans, as you would any other component of the Comprehensive Plan, to determine the impact of what the plan proposes on the site you are looking at. These more specific corridor and sector energy plans would be created at a later date per their own planning processes.

For certain “to-be-determined” high density areas, there will be a requirement to be part of a “district energy” system beginning in 2015, with the goal of having 70% of buildings in these designated areas part of the district energy grid by 2050. Unless there is state level enabling legislation, this will likely be implemented through the various special exception processes as most buildings in these designated areas are already subject to special exceptions. Without state level enabling legislation and dealing with certain constitutional issues, it is unlikely these new requirements could be applied retroactively to existing approvals (until you come back for a new project or to modify an existing project). If you need a primer on what district energy is, click here. The plan is silent so far on who would own and operate these district energy systems, and how they would be financed and maintained once in place. For commercial buildings located outside of these high-density designated areas, where district energy is not as viable, lower-scale systems would be the requirement to achieve a goal of 50% energy reduction, such as localized heating and cooling systems, i.e. PV, solar thermal and geothermal systems.

While the County currently awards bonus density to projects that achieve certain LEED certification levels, it is silent as to whether bonus density will be available for achieving Community Energy Plan goals. The plan seems to suggest a very different concept, which is to create an on-going performance-based system of incentives, through tax and other financially comparable incentives to make projects attractive to investors. What these comparable incentives might be, how they would work, and how ongoing performance-based evaluation would be managed is not explained.