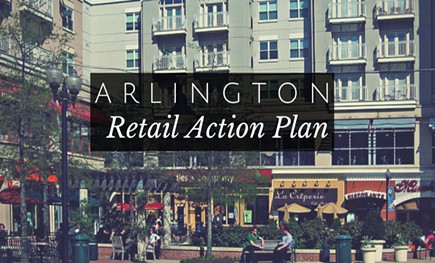 The debate about the new Retail Action Plan (“The Plan”) continued earlier this month as the Board held another work session to discuss the progress on ongoing efforts to update the Plan.

Much of the discussion focused on the so called “red streets” within the Plan. These streets are designated for pure retail uses, including: retail sales, food and drink establishments and entertainment establishments exclusively. Further, under the new plan the red streets would require certain design standards be met both internally and externally to the first floor of any building constructed or redeveloped on a red street in order to permit a retail use.

Arlington Economic Development explained that the red streets are intended to be focused retail and clustered in order to create a retail hub. A few of the Board Members questioned if the red category was too restrictive and if there was too much of the red streets shown on the current map. Chris Forinash spoke on behalf of the Planning Commission, explaining that they liked the current categories and felt the red category should remain as-is and even encouraged more strict requirements on other less intense category streets (including the recommendation for both internal and external design standards for blue streets, which currently only have exterior requirements).

The second half of the discussion turned to the question of what happens if the Plan conflicts with a sector plan? After some discussion, it was decided that which plan would be in control, and when, needed to be spelled out more clearly in order for the Plan to be predictable and effective as a guiding document to the Board and Planning Commission. Ultimately, economic development staff explained that the Plan would take precedent over a sector plan as to use, but the sector plan would control when discussing design guidelines. Chairman Hynes requested that a chart be incorporated into the Plan to help in implementing the Plan when conflicts such as this arise and to offer guidance that can be relied upon by developers and the business community.

The debate continues as staff continues to further refine the Plan. These two key discussion points are likely to be revisited and the latter question will need to be resolved before the plan will serve as an effective tool which can effectively be implemented by the Board and relied upon by the business community.

For our previous coverage of the Retail Action Plan, take a look at our original post and our update.