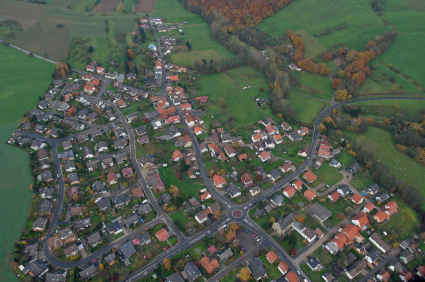 Per a request made by Delegate Christopher Peace (R – 97th District, who represents parts of Hanover, Caroline, King William, King and Queen, Henrico, Spotsylvania Counties and all of New Kent County), Attorney General Cuccinelli has clarified the position of the AG’s office about the newly enacted Section 15.2-2303.1:1 of the Code of Virginia, which prohibits localities from collecting conditional zoning cash proffers. As many of our readers recall, the General Assembly passed Section 15.2-2303.1:1 this past legislative session which, through July 1, 2014, prohibits localities from requiring payment of cash proffers until after completion of final inspections and prior to issuance of a certificate of occupancy for residential development in order to alleviate the financial hardship currently being experienced by the residential building and development community. A number of localities in Virginia have taken the position that this statute does not apply to proffers made prior to the enactment of 15.2-2303.1:1, prompting the opinion requested by Delegate Peace.

The specific questions posed by Delegate Peace were:

“…[W]hether newly enacted § 15.2-2303.1:1, which prohibits localities from collecting conditional zoning cash proffers at any time other than after completion of the final inspection and prior to issuance of any certificate of occupancy for the subject property, applies to proffer agreements that were formed prior to July 1, 2010, the effective date of the statute… [and] whether such retrospective application would violate the Contracts Clause of the United States or the Virginia Constitutions.”

The AG’s response was positive for the residential development and building community, providing that, “…as of July 1, 2010 and through July 1, 2014, a locality may not accept or demand payment of any uncollected cash proffer payments, including those agreed to prior to July I, 2010, until the completion of a final inspection and prior to the issuance of a certificate of occupancy for the subject property, notwithstanding the provisions of any such proffer agreement to the contrary… [and that] this interpretation does not infringe the Contracts Clauses of the United States or Virginia Constitutions.”

With litigation between certain localities and developers looming on the horizon on this issue, it remains to be seen whether localities will respect the opinion of their Attorney General or not. The reasoning behind the AG’s opinion was clear and straight forward, that the Contracts Clause was drafted and included in our Constitutions to protect private citizens’ contractual rights, not created to be used by localities to claim they are not subject to the authority of the Commonwealth and statutes enacted by the General Assembly. Additionally, the AG found that the plain language of 15.2-2303.1:1, as well as the very clear legislative history of the statute, clearly establish the intent of the General Assembly to have the statute apply to all proffers, already existing at the time of enactment the statute and thereafter. Here’s Attorney General Cuccinelli’s written opinion if you are interested in reading the entire opinion.