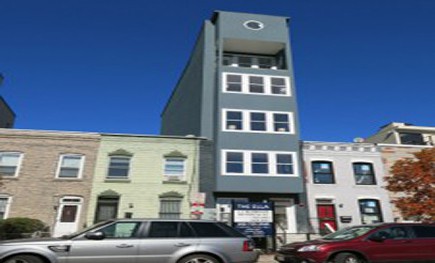 Much has been written about “pop-ups” in the District of Columbia, including a summary of the pop-up dispute and proposed changes to the D.C. zoning regulations on this blog last fall. The lengthy and contentious public debate culminated in new zoning regulations, effective on June 26, 2015, that ostensibly limit pop-up development in some areas of the city. However, despite the new regulations, the rise of pop-ups will continue to be seen given the appetite for new housing stock in D.C. The fight now appears to be shifting to design review and local neighborhoods’ use of the city’s historic designation laws to slow down or stop pop-up development.

In short, the new zoning regulations addressing pop-ups may slow the pace, but will not stop the development of pop-ups. The new regulations are limited to the R-4 zone, which does not include the location of several of the most infamous pop-up battles in the city, such as Lanier Heights, which is zoned R-5-B. Even in R-4 zones, pop-ups have not been forbidden, but instead are now permitted through a special exception. By-right maximum height in the R-4 zone has been reduced from 40 to 35 feet, which, according to one pop-up architect will have little effect on pop-ups as they are often designed to be only 35 feet or less in height.

A new legal battle in the Petworth area of D.C. highlights a new front in the pop-up wars. In a lawsuit filed by a developer in the U.S. District Court for the District of Columbia, Case No. 1:15-cv-01166-CRC, against several local residents, the residents are accused of conspiring to request designation of a new historic district in Petworth in order to stop the developer from moving forward with plans for redeveloping row homes in the area. In fact, many row home neighborhoods in D.C. are already within historic districts, such as Foggy Bottom, Mount Pleasant, and Capitol Hill, where redevelopment requires review and approval by the Historic Preservation Review Board. In these historic districts, redevelopment is required to conform to the historic character of the neighborhood, which inherently limits redevelopment, including conversions of row homes to pop-ups.

More than ever, potential historic district or landmark designation should be on any developers’ mind when looking at a new project in D.C. Early outreach to the community and local ANC is always recommended in the early stages of a project to avoid the sorts of neighborhood battles seen in Petworth and Lanier Heights. As with any project nearby residential areas, design and architecture that is receptive to the community’s concerns and desires often goes a long way in engendering local support for new projects.