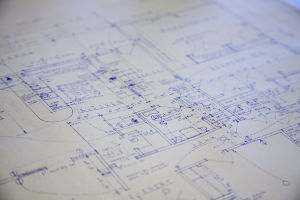 Recently, the Arlington County subcommittee for NAIOP met with Bob Duffy and members of the County staff to discuss the County’s February 9, 2015 Memo regarding policies related to GFA calculation for site plan projects in Arlington County.

The Arlington Department of Community Planning, Housing and Development recently issued a memo outlining how GFA is to be calculated in development site plan projects and what exclusions may apply. Mr. Duffy, Director of Planning, explained the purpose of the Memo was to offer the development community greater certainty and clarity regarding the County policies with respect to calculation of GFA.

The development community expressed concerns since the Memo failed to include several exclusions from GFA which they felt were routinely granted on past projects.

To summarize, the Memo defines GFA as anything between 4 walls of the development, except gross parking area. The County had expressed concerns regarding “creep” of exclusions which was leading to inconsistency in the way GFA was being presented to Staff in various filings and applications. They hoped that the policy Memo would lead to more uniform treatment of GFA calculations, but the NAIOP representatives felt that the Memo failed to address the exclusions that developers have commonly been afforded leading to concerns that those might be off the table now or require additional review, leading to more uncertainty. Exclusions like vertical shafts for ventilation and garage uses (like storage or workout facilities for residents) were two examples that were raised.

At the conclusion of the meeting, Bob Duffy proposed a subcommittee to work toward a joint effort between the County and the development community to better address the key exclusions, which are agreed upon as permitted exclusions to GFA. It’s not yet clear when a new, revised Memo may be issued.

Image courtesy of Will Scullin