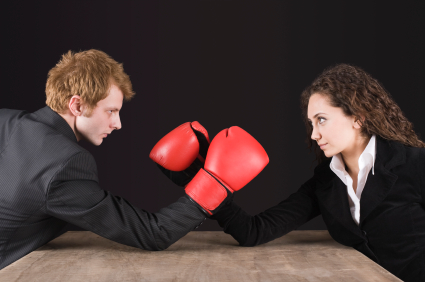 Back in August, I posted about Judge Williams’ decision in Kersey v. PHH Mortgage Corp. to kick a foreclosure case back to state court due to lack of subject matter jurisdiction. If you recall, the home owner in that case argued that PHH could not foreclose because they failed to provide a face-to-face meeting as required by the deed of trust. Judge Williams refused to allow the lender to hang its hat on HUD or FHA regulations to invoke federal question jurisdiction. And faced with a $71,397 mortgage, Judge Williams refused to find the requisite $75,000 amount in controversy to allow diversity jurisdiction.

Apparently, this issue is surfacing in a multitude of cases. In another PHH case, Judge Moon in the U.S. District Court for the Western District of Virginia in Charlottesville just remanded Richard and Karin Matthews’ case. Like Judge Williams, Judge Moon would not allow PHH to latch on to HUD or FHA regulations to argue there was a federal question.

Regarding diversity jurisdiction, Judge Moon looked at the “value of the object of the litigation” to determine whether the amount in controversy for injunctive or declaratory relief would hit the required $75,000 threshold. He pointed out that the majority of courts take a “plaintiff approach,” looking at the value of the controversy to the plaintiff. However, the Fourth Circuit takes an “either party approach,” looking at the potential pecuniary effect the judgment will have on either party. With the “either party approach,” the court looks at either the direct pecuniary value of the right the plaintiff seeks to enforce, or the cost to the defendant of complying with the right the plaintiff seeks to enforce. In this case, the Matthews had a mortgage of $119,055, and sought to enforce the deed of trust’s requirement of a face to face meeting prior to foreclosure. But neither the Matthews nor PHH provided information to Judge Moon regarding the monetary value of enforcing that face to face meeting requirement. Judge Moon refused to speculate about that value, concluding that the court lacked subject matter jurisdiction and remanding the case back to Nelson County Circuit Court.

In Lee v. Citimortgage, Inc., Judge Williams had a second chance to look at this issue. His analysis was much the same as Judge Moon’s. However, Judge Williams went one step further, refusing to buy the argument that the amount in controversy was either the value of the property or the principal balance. The case involved Lee’s request for declaratory judgment stating whether Citimortgage owed him a face to face meeting prior to foreclosing on his house. Therefore, neither party established that Lee had any right to recover any amount – let alone an amount over $75,000 – from Citimortgage, or that Citimortgage would lose any amount – let alone an amount over $75,000 – of the principal owed by Lee. So this case is headed back to the Circuit Court of New Kent County.

It will be interesting to see whether lenders will respond to these opinions by submitting affidavits in support of Notices of Removal claiming that the plaintiffs will be able to “recover” or offset their principal balances by an amount over $75,000. Stay posted for that answer, and the state courts’ determinations of the fall out of the lenders’ failure to have these pre-foreclosure face-to-face meetings.