Searching for the Escape Hatch: The Variance

Searching for the Escape Hatch: The Variance 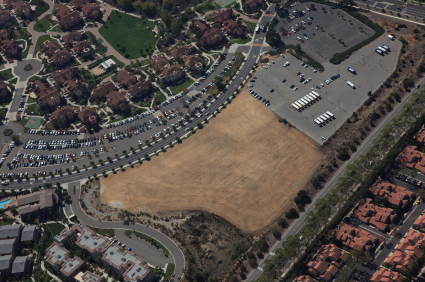 Although it is a familiar term in the zoning lexicon, the variance is one of the least understood devices in the zoning toolbox. Known to dirt lawyers as the “escape hatch,” the variance gives relief to property owners from zoning requirements where the strict application of the zoning ordinance would be unconstitutional as to a particular property, often because of a unique characteristic of the site.

While simple in theory, getting to the “escape hatch” has proved more elusive in actual practice. In Virginia, local boards of zoning appeals (BZA) have authority to grant variances, subject to the statutory standards in Virginia code section 15.2-2309.

Prior to 2009, a BZA could only grant a variance if, among other things, it was necessary to alleviate a hardship “approaching confiscation” of the property. Virginia courts had interpreted section 15.2-2309’s requirements to mean that the hardship inflicted on a property owner must approach a taking of the property. The Virginia General Assembly eliminated the “approaching confiscation” language in 2009, but left the remainder of the statute unchanged. The question became, what affect did this have on the BZA’s ability to grant a variance?

Enter Martin v. City of Alexandria, where the Virginia Supreme Court provided some clarification. In Martin, homeowners in Alexandria’s historic Old Town applied for and received side and rear yard variances to build their home on an undeveloped lot. Although city staff had opposed similar requests submitted by the homeowners in years past, staff supported their 2011 application based partly on the perceived “relaxed” standard in section 15.2-2309.

The Supreme Court held that the BZA should not have granted the variances, because the homeowners failed to show they were subject to a unique hardship requiring relief. The Supreme Court reiterated that homeowners must meet all of the statutory requirements for granting a variance.

Thus, Virginia property owners still face significant statutory hurdles to obtain a variance, despite the General Assembly’s 2009 statutory changes, and a property owner will likely have to show that the application of the zoning ordinance to their property would render it effectively useless.

By statute, a property owner seeking a variance must show that, due to unique property characteristics or adjacent development, (a) a strict application of the local zoning ordinance will effectively prohibit or unreasonably restrict the use of the property or (b) the variance is necessary to relieve a “clearly demonstrable hardship.” Further, the BZA must find that (i) strict application of the zoning ordinance will result in undue hardship to the property owner, (ii) the hardship is not shared by similar properties in the same area, and (iii) granting the variance will not be detrimental to adjacent property owners or change the character of the given zone. Finally, the BZA cannot grant a variance even if all these criteria are met, unless the BZA also finds that the property characteristic creating the hardship is not so general to the area that the local government could address it with a new zoning regulation.