Handshakes to Hashtags: The Evolution of Deal-Making in the Construction Industry

Handshakes to Hashtags: The Evolution of Deal-Making in the Construction Industry 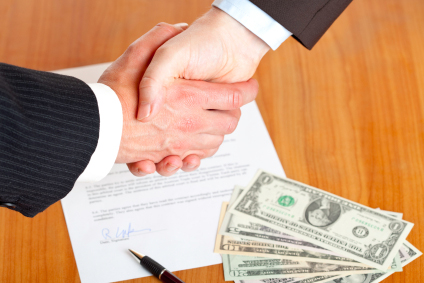 Ask anyone who has several years of experience in construction if they ever engaged in a handshake deal and the answer will be a resounding “yes.” For those unfamiliar with the term, a handshake deal is essentially a verbal commitment that is sealed with a handshake between the contracting parties. Handshake deals were not just limited to transactions between a contractor and an individual. It was, and sometimes still is, common for businesses to engage in sophisticated deals with a simple handshake between business owners. The moment the parties shook hands, reputations were at stake and promises were meant to be kept. While the handshake did not obviate the need for documentation, the value of the handshake was understood to be the cornerstone of what the parties intended to occur for a construction project.

Fast forward to 2013 and the handshake deal still exists, but it has become replaced increasingly by a hashtag. A hashtag is a word or a phrase that has no spaces between the words and is prefixed with a # symbol. The hashtag is seen often on Twitter, Instagram, Google+, Facebook and other social media websites and represents a means for individuals to communicate on particular topics of discussion. In fact, the credit card industry has embraced the concept of hashtags for purchasing goods online. Customers can synchronize their credit cards with Twitter and take advantage of offers by tweeting and receiving response tweets from the seller of the goods.

With all of the technology available to “seal a deal,” it is essential that contractors understand the framework within which transactions occur and deals are made in the age of social media. If you have ever tried to defend against a customer’s claims by performing a search of every e-mail that your business has sent, then you understand that written documentation not only complements, but precedes the technological concepts that allow for construction professionals to reach business deals. To avoid having to defend your deal on the basis of social media alone, consider the following:

Social media has changed the way that we communicate. The advantages are evident in the speed with which we relate to one another. But ensure that speed does not jettison basic principles in contract negotiation. Whether you shake hands or send hashtags, a signed agreement and a cleared check are universal symbols of the ultimate deal.