A Tenant’s Right to Offset. Proceed with Caution. – Part 1

A Tenant’s Right to Offset. Proceed with Caution. – Part 1 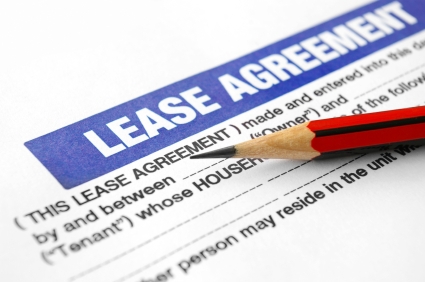 A commercial tenant’s right to remedy a default by the landlord by performing the required work itself and then offsetting the costs of such work against future rental payments is likely the most immediate and effective remedy a tenant could ever have. However, a tenant needs to closely review the lease agreement and know the local applicable law before ever deciding to take such an aggressive measure. Most leases (and the laws of most states, if the lease is silent) essentially prohibit the right of offset, so the sophisticated and creditworthy tenant will need to negotiate for such a right before the lease is finalized.

Landlords have many obligations under commercial leases which can be the cause of a landlord default if such obligations are not met. For example, the landlord could fail to properly maintain the parking lot or common areas in a retail shopping center or the landlord could fail to properly maintain the elevator or HVAC system in a high-rise office building. Depending on the terms and conditions of the lease agreement and the laws of the local jurisdiction, the commercial tenant can avail itself of many various remedies under both equity and law.

Equitable remedies include the following:

Alternatively, the tenant could respond to a defaulting tenant by suing for monetary damages. However, perhaps the most immediate and effective remedy after a default by the landlord, from the tenant’s perspective, would be to perform the landlord’s obligation itself and then deduct the costs incurred from future rental payments owed to the landlord. The right to offset is typically difficult for a tenant to achieve, and the tenant should consult with an experienced real estate leasing attorney before pursuing that strategy. The two main obstacles preventing the tenant from exercising this right of self-help and offset are the common law rule of independent covenants and the landlord-favored provisions found in most commercial leases.

Under the traditional common law rule known as the independent covenants rule, the obligations of the landlord and the tenant are independent of one another. This is based on the traditional view of leases as a conveyance of real property as opposed to a contract, and relates back to the time of agricultural feudalism when the use of the land was primary and the improvements, if any, built upon the land were far less important. Under the old feudal leases, the tenant’s obligation to pay rent survived a complete destruction of the building. Under this traditional view, a tenant is obligated to pay rent even if the landlord fails to perform its obligations owed to the tenant under the lease. The tenant would instead have to seek the equitable and legal remedies listed above.

Many states have reconsidered this traditional view given that, in most commercial settings today, it is the building that is paramount with the land mostly meaningless. The modern commercial tenant has bargained for the benefit of certain critical services such as utilities, elevators, structural soundness like a paved parking area and a sound roof, all of which are critical to the tenant’s conduction of its business upon the premises. The minority of states that have rejected the traditional view and adopted the modern rule include Arizona, Massachusetts, Pennsylvania and Utah. These states have instead adopted the contract-law based mutually dependent covenants rule for commercial leases. Note that this rule is already the standard nationwide for most residential leases.

The mutually dependent covenants rule is based on the proposition that if two parties have made significant promises to each other, then the failure of one party to perform its duties provides a defense for the other party against performing its corresponding promise. Or, in a real estate lease, the rule means that a tenant who entered into the lease because of the use of the premises should not be obligated to continue to pay rent if the use of such premises was adversely affected by the landlord’s failure to meet its obligations.

In the important Massachusetts case of Wesson v. Leone Enterprises, Inc., 437 Mass. 708 (2002), the court held that “[i]n applying the rule of mutually dependent covenants to the facts present in this case, we conclude that a landlord’s failure to keep the roof of his building in good repair deprived the tenant of a substantial benefit significant to the purpose for which the lease was entered.” The Massachusetts court went on to find that the tenant had the right to terminate the lease and recover the reasonable relocation costs.

The American Law Institute’s Restatement (Second) of Property (Landlord and Tenant), Section 7.1 (1977) adopted the modern rule of mutually dependent covenants in the context of real estate leases as follows: “Except to the extent that the parties to a lease validly agree otherwise, if the landlord failed to perform a valid promise contained in the lease … and as a consequence thereof, the tenant is deprived of a significant inducement to the making of the lease, and if the landlord does not perform his promise within a reasonable amount of time after being requested to do so, the tenant may terminate the lease.”

Therefore, if you are a tenant of premises located in a state that has adopted the mutual dependent covenants rule, and your lease is either completely silent on the issue or permits offsets, then you may be within your rights to perform self-help and deduct the costs against your future rent obligations. However, almost all commercial lease forms of any length will contain language to the effect that “rent is due without abatement, counterclaim, deduction or setoff under any circumstances.”

Most sophisticated landlord form leases go much further and contain independent covenant provisions that further prohibit any offsetting by tenants against the rental stream. Thus the better strategy for the larger tenants is to negotiate for this right before signing the lease. Because landlords will strongly resist such a provision, it is recommended that such a right be included as a business issue in the letter of intent. Without express language in the lease, a tenant would be wise to reconsider before deciding unilaterally to exercise self-help and deduct the costs against rental payments. However reasonable its claim may seem to be, the tenant would be risking an event of default, lease termination and severe damages.

Part two of this posting will discuss offset provisions in leases and when tenants could and should include them in their leases. Part two will be published next week.