A Tenant’s Right to Offset. Proceed with Caution. Part 2

A Tenant’s Right to Offset. Proceed with Caution. Part 2 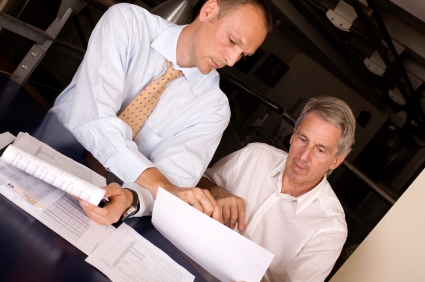 As mentioned above, landlords will strongly resist including an offset provision in the lease.. In many cases, their lenders will prohibit such provisions for most ordinary lease transactions. The landlord and its lender demand and anticipate an uninterrupted income stream of rental payments and may consider this a deal point in the lease negotiations. In most situations, only the most creditworthy tenant taking sizeable premises with leverage in the transaction should demand the right to offset (perhaps an anchor or near-anchor tenant in the retail context or a financially sound national tenant taking significant multiple floors in an office building).

Even if the landlord agrees to tenant’s demand for the offset right, it will typically impose certain limitations including:

Since only those tenants with a material bargaining advantage will likely succeed in gaining offset rights or in declaring the covenants mutually dependent under their lease, a good back-up strategy for the wise tenant is to include a prevailing party attorney’s fees provision in its lease. Such a provision, in the event of litigation between landlord and tenant, entitles the winning party to recover its legal fees and costs from the losing party. While not as immediate and effective as an offset right, a prevailing party attorney’s fees provision tends to keep the parties operating fairly and honestly. A tenant with such a provision, but without an offset right, could move forward with a legal or an equitable action against the landlord without the worry that the costs of bringing the action make any potential recovery impractical. Below is a sample landlord’s default provision containing the right of offset by tenant to be included in a lease agreement:

Landlord will in no event be charged with a default in the performance of any obligations under this Lease unless and until Landlord has failed to perform such obligations for a period of thirty (30) days, except in cases of emergency, to cure any such default after written notice by Tenant is received by Landlord properly specifying Landlord’s failure to perform any such obligations; provided, however, that if the nature of Landlord’s obligation is such that more than thirty (30) days are required for performance then Landlord shall not be in default if Landlord commences performance within such thirty (30) day period and thereafter diligently prosecutes the same to completion (but not to exceed an additional sixty (60) days). If Landlord fails to perform Landlord’s obligations within such timeframe after receipt of written notice of such default, except in cases of emergency, Tenant may at its option (but shall not be required to) perform such obligations on Landlord’s behalf, and the actual and reasonable costs thereof shall be due and payable by Landlord within thirty (30) days after written notice to Landlord. Notwithstanding anything in this Lease to the contrary, in the event Tenant has not received such payment within such thirty (30) day period, then Tenant may offset said amounts against Base Rent subject to the Offset Limit (as such term is defined herein). The maximum amount that Tenant may deduct in any one month (the “Offset Limit”) shall be limited to the greater of (i) twenty-five percent (25%) of the then monthly base rent or (ii) the amount necessary to fully amortize in equal monthly amounts the amount due (including interest of 8% per annum) over the remainder of the Term (assuming no extensions of the Term beyond its then current expiration date).