Acceleration of Rents: Part 1, How to Ensure It’s Enforceable?

Acceleration of Rents: Part 1, How to Ensure It’s Enforceable? 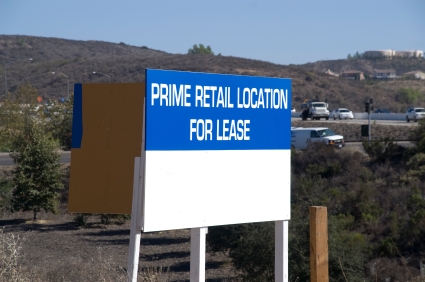 What is an Acceleration of Rent Provision?

An acceleration of rent provision gives the landlord the right, after a default by the tenant, to demand the entire balance of the unpaid rent owed under the lease for the entire remainder of the term to be paid in one lump sum. Under the law of most states, if there is no acceleration of rents provision, the landlord is typically entitled only to collect rent from the tenant as it becomes due under the lease each month for the remainder of the term.

In many states, the landlord’s remedy would be further subject to a duty to mitigate damages by making efforts to find a replacement tenant for the vacated premises. Although requiring the landlord to collect rent each month from the defaulting (and former) tenant provides some degree of certainty, it is often impractical for a multitude of reasons. In addition, typically the landlord would prefer to collect the balance of the rent owed under the lease for the remainder of the term in one payment. Accordingly, most landlords include an acceleration clause in their form commercial lease. Whether or not such a provision is enforceable depends on the laws of the particular state and the facts of the case. This article will highlight some recent court decisions on the topic and offer some suggestions for reasonable middle ground positions that should survive scrutiny.

Acceleration of rent provisions come in all shapes and sizes in landlord form leases. The most onerous for a tenant requires the full acceleration of all future rent and other charges due under the lease. Other varieties provide that the amount to be accelerated is calculated only after first deducting the fair market rental value of the premises over the remaining term. Even better for a tenant is the rent acceleration clause that further reduces the future rent to its net present value.

Accelerating all future rent is a severe consequence to a tenant, so courts have closely scrutinized such provisions and taken varying positions on their enforceability and validity. Interestingly, whether or not a particular state finds such provisions to be enforceable can relate to whether or not such states have moved away from the old common law perspective of treating leases as a conveyance of real property. Instead, some states take the modern approach of treating leases as commercial contracts. Normally the movement towards contract theory favors the tenant, but contract principles of liquidated damages can offer landlords an enforceable remedy not found under the old common law.

Such was the case in a 2007 Massachusetts decision. In Cummings Properties, LLC v. National Communications Corp. (449 Mass. 490), the Massachusetts Supreme Judicial Court ruled that a liquidated damages clause in a commercial lease, providing for a full acceleration of future rent after a default by tenant, was enforceable.

The opinion was a departure from the established law in Massachusetts – explained in the opinion as part of a trend towards enforcing liquidated damage clauses in commercial contracts. The holding also indicated that the acceleration clause was presumed to apply only to those material breaches such as monetary defaults. While many other states interpret the application of the acceleration clause in light of a landlord’s duty to mitigate damages, the Massachusetts decision apparently finds that the duty to mitigate is not relevant. Instead, the critical factor is whether the lump sum amount chosen by the sophisticated commercial parties is a reasonable estimate of the damages that might be sustained after the tenant’s default, with the burden on the tenant to demonstrate that such a clause fails to properly take future conditions into account.

Other states have held acceleration of rent clauses to be unenforceable because they constitute penalties even after very minor breaches by the tenant. This gives the landlord a potential windfall recovery much greater than their true loss suffered and was the basis for the decision in the 1953 California case of Ricker v. Romborugh (261 P.2d 328).

Most states have taken a more nuanced view, reviewing the facts and circumstances of the particular case instead of giving a blanket per se thumbs up or thumbs down to rent acceleration. If the acceleration clause is styed as a liquidated damages provision, the clause is often presumed enforceable provided it does not constitute a penalty. In a 1996 case before a Virginia Circuit Court, The Teachers Retirement System of the State of Illinois v. American Title Guaranty Corporation (1996 WL 1065475), the court took into account several factors in holding that an agreement that provides for liquidated damages grossly in excess of actual damages will be deemed an unenforceable penalty. The factors considered in the opinion include the lack of a provision either discounting future rents to present value or providing for future credits or offsets back to tenant if the landlord eventually relets the premises.

Similarly, under current Georgia law, Georgia courts apply a three-part test defined by the Georgia Court of Appeals in the 1992 case Peterson v. P.C. Towers, L.P. (206 Ga. App. 591). In determining that an acceleration of rents clause qualifies as enforceable liquidated damages instead of an unenforceable penalty, the Georgia decision held that the acceleration of rents clause satisfied the following three conditions:

The Supreme Court of Pennsylvania took a much different approach in their 1995 decision, Homart Development Co. v. Sgrenci (443 Pa. Super. Court 538), rejecting a liquidated damages analysis in favor of a more traditional view based upon real property law. The court held that the landlord could not confess judgment for both possession of the premises and for all rent for the entire term, instead deciding that the landlord had to choose one remedy. Part two of this post will be published next week and will discuss how landlords can include enforceable acceleration of rent provisions in their leases. Check back soon!

This article first appeared in the Spring Issue of The Retail Law Strategist, published by The International Council Shopping Centers, 1221 Avenue of the Americas, NY, NY 10020, www.icsc.org.