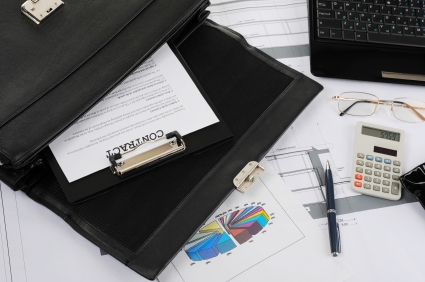 After first taking into account the laws of the applicable jurisdiction, the landlord needs to carefully review the proposed acceleration of rents provision to verify its enforceability under such law. Revising a potentially unenforceable clause to a simple and more reasonable approach could be beneficial to all parties.

There are many approaches to consider in drafting a more reasonable acceleration of rents provision. From the landlord’s perspective, including a more balanced clause in the initial form lease could lessen the risk of a court finding the provision unenforceable. This type of approach could also possibly save negotiation time and expense, while still preserving the flexibility and certainty that accelerating-type damages provides. From the tenant’s perspective, a true accelerated monetary judgment would be disastrous if enforceable, so any reasonable compromises should be welcome. Leverage is often the deciding factor. The larger creditworthy tenants will have more negotiating leverage and will be in a better position to resist unreasonable landlord remedies.

The first suggested compromise would be to have the accelerated rent provision apply only to the most serious of defaults or only in the event of the tenant’s bankruptcy. Many of the decisions reviewed focus on the potential unfair results of accelerating rents after the most trivial of defaults.

Second, the amount to be accelerated could either be net of the fair market rental value (with fair market value determined through a reasonable good-faith process) instead of based upon the entire amount payable for the remainder of the term or net of the amounts a landlord could reasonably or does actually gain from any reletting. If determined after any relettings, then there must be a mechanism to credit such offsets back to tenant.

Third, the amount accelerated could be calculated as the net present value of such future rental stream. Provisions that give landlords the right to recover a straight-line depreciated value of all future rents may be received by courts as providing an unjust and unconscionable windfall and result in no future damages being awarded. This is especially true if the term of the lease is lengthy.

When negotiating and drafting a commercial lease, the landlord’s remedies after a default by tenant require careful scrutiny. The amount at stake is considerable and the results to either party can be severe. Both parties need to be familiar with the applicable state law, given the vast differences between the states with respect to the remedies provided to the commercial landlord.

With respect to accelerated rent provisions, courts typically find such clauses to be unenforceable to the extent they offer the commercial landlord the chance to collect damages in excess of probable damages that truly will result from the tenant’s default. To draft a clause that will survive scrutiny, it is best to discount the future rental payments to present value and take into account the landlord’s duty to mitigate damages by attempting to relet the premises. Above all, the amount accelerated must not constitute a penalty.

This article first appeared in the Spring Issue of The Retail Law Strategist, published by The International Council Shopping Centers, 1221 Avenue of the Americas, NY, NY 10020, www.icsc.org.