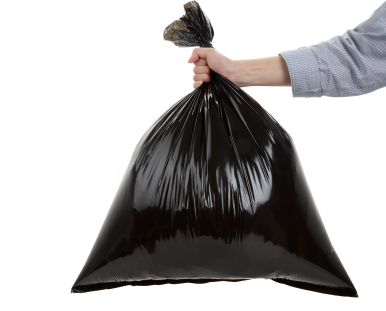 A recent decision from the US Court of Appeals for the Fourth Circuit should be sending cold chills up and down developers’ spines regarding complaints under the Americans with Disabilities Act (ADA) and Fair Housing Act (FHA). The case, Equal Rights Center and Archstone v. Niles Bolton Associates, basically ruled that a developer was not entitled to recover its claims against the architect for a failure of a multi-family project to meet ADA and FHA requirements.

ADA and FHA claims have a long history at this point, particularly since the 1991 passage of the ADA. After a huge wave of litigation, often spawned in the arena design and construction area, ADA claims seemed to die down for a while. We have heard and seen ADA and FHA complaints have a huge spike over the last several years, in particular with large scale multi-family developers. (The anecdotal word was that testers and advocacy groups were proceeding alphabetically, so those in Z’s may not have heard this yet).

Owner/developers understandably attempt to lean on their design consultants for advice and direction in this arena. Many include broad form requirements for certifications of compliance from their design professionals accompanied by equally broad indemnification provisions if something goes wrong. In the Archstone case, Archstone faced a number of complaints on 71 buildings, including 15 buildings designed by Niles Bolton. Archstone settled those issues and then sought to recover expenses associated with the consent decree from its architect. Archstone’s claims included express indemnity, implied indemnity, breach of contract, and negligence.

During three years of litigation and discovery, Archstone resisted disclosing how it allocated the consent decree repairs and expenses across the various properties. Archstone claimed it had no such duty and was entitled to recover all expenses for the 15 Niles Bolton buildings from teh architect based on its indemnification style claims. The court agreed and granted Archstone a protective order from having to disclose that information.

That resistance may have been a big mistake. The trial court held, and the appeals court ultimately agreed, that permitting pure indemnification under any theory was “antithetical to the purposes of the FHA and ADA”. According to the court, allowing indemnification would permit Archstone to shift its entire responsibility for federal violations and undermine the preventative aspects of ADA and FHA. As the court stated:

Allowing an owner to completely insulate itself from liability for an ADA and FHA violation through contract diminishes its incentive to ensure compliance with discrimination laws. If a developer of apartment housing, who concededly has a non-delegable duty to comply with the ADA and FHA, can be indemnified under state law for its ADA and FHA violations, then the developer will not be accountable for discriminatory practices in building apartment housing.

As such, federal law preempted not only the pure indemnification claims, but also even the state law breach of contract and negligence claims of Archstone because it sought to recovery all costs and expenses.

This may be a case of Archstone going to far by asking for the whole nut. It is tempting to do so at least in the alternative, but by asking for only 100% of the claim and not including a request for damages directly caused by proven negligence, Archstone may have unwittingly taken a big risk. That risk appears compounded by its resistance to producing allocation information along with the likely credibility gap that disclosure may be demonstrated.

We can take a few lessons away moving forward: