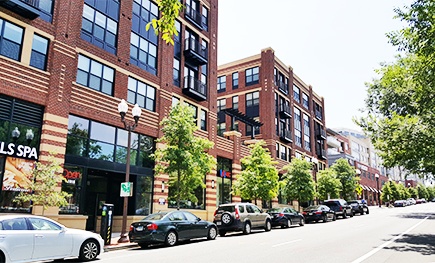 This amendment grants retailers one square foot of additional sign area for each linear foot of façade in several situations:

At the June 17th meeting, the County Board focused on the requirements retailers facing parks and plazas need to satisfy before receiving additional signage under the amendment. That discussion centered on a provision in the staff report which required plazas to have public access easements in order for the retailer to receive extra sign area. This requirement would have affected some retailers in Crystal City and parts of the Rosslyn-Ballston corridor who face plazas developed in the 1960s and 1970s, long before public easements became a routine part of the site plan approval process.

John Vihstadt introduced an amendment removing the public access easement requirement. Mr. Vihstadt’s amendment passed by a vote of 3-2. The County Board approved the amended ordinance by a vote of 5-0.

The amendment will benefit retailers in some of the more heavily-trafficked plazas in the Rosslyn-Ballston corridor as well as Columbia Pike. Rosslyn and Courthouse retailers facing pedestrian priority streets and shared streets, including parts of 18th Street North, 14th Street North, and 15th Street North, will also benefit from the extra sign area allowed under the amendment.