As of January 1, 2017, those having to pay estate taxes in the District of Columbia will be paying less. This is due to tax reforms put in place several years ago, which are tied directly to revenue growth goals.

The amount of tax due is based on the value of the individual’s estate at the date of death and applies to D.C. residents as well as anyone owning real property in D.C. valued over the lifetime exemption amount. Prior to its increase on January 1st of this year, the lifetime exemption in D.C. was $1 million dollars per person. Meaning any assets exceeding the $1 million dollar threshold got taxed. As of January 1, 2017, the exemption amount has been raised to $2 million dollars per individual. Tax rates on assets exceeding the threshold vary from an 8% to 16%. 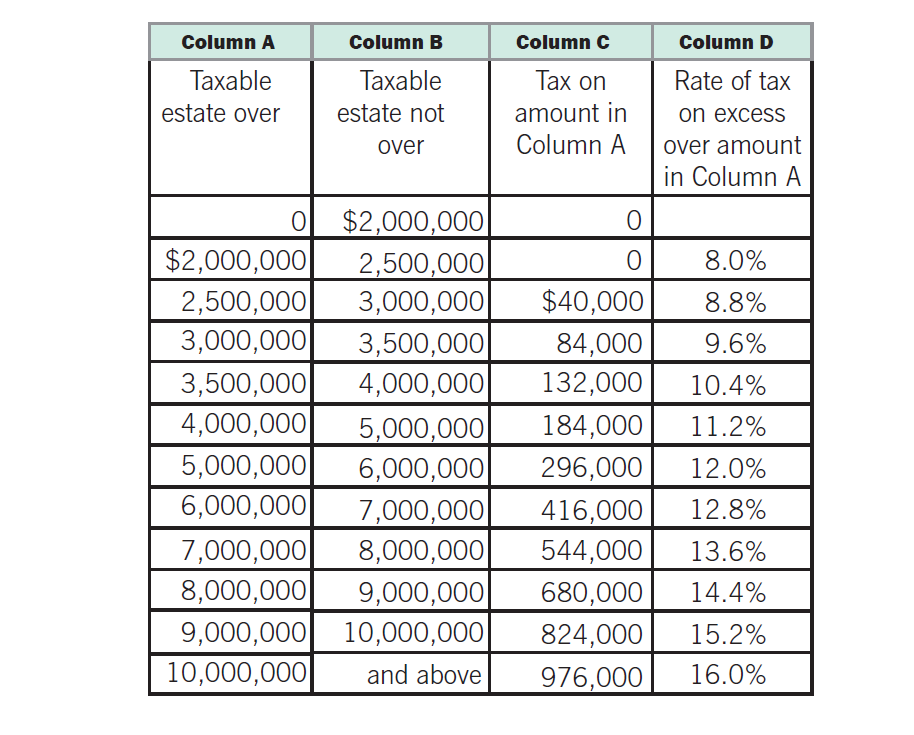 Excerpt from D.C. tax form D-76, Estate Tax Computation Worksheet for Estates of Individuals Who Died on or After January 1, 2017.

Forecasters expect revenues to be up again in 2017, which could mean more tax cuts forthcoming. The ultimate goal of this legislation is to couple the D.C. tax rate for estates with the federal exemption, which is currently $5.49 million/person and with the election of portability a total of nearly $11 million for married couples. 2017 marks the first year since the passage of this legislation in 2014 that revenues have supported a tax cut.