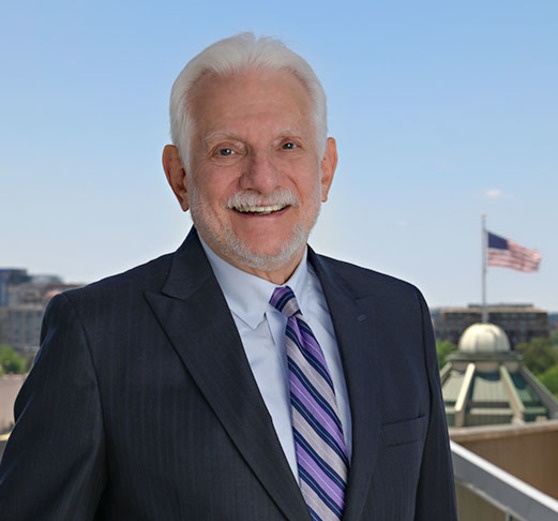 James Korman is a shareholder of Bean, Kinney & Korman. He is a widely renowned divorce attorney with over 40 years of experience in domestic relations and personal injury matters.

Jim counsels and represents clients in all aspects of family law with particular focus on complex divorces involving the division of property and marital assets including stock options, pension plans, investment and business interests for high net worth individuals. He regularly applies his past experience in business, commercial, and banking law to benefit his family law clients.

Jim is consistently featured in Best Lawyers in America, Super Lawyers, Washingtonian magazine, Northern Virginia magazine and other regional and national publications for his depth and breadth of experience in domestic relations.

In 2009, the Northern Virginia magazine listed Jim as a “Top Divorce Lawyer” and said, “He always tries to settle a case, but is not afraid to go to court,” and “He is respected by fellow attorneys for his intellect, ethics and professionalism.” Jim was described by Washingtonian magazine in March 2000 as “a straight shooter who always does his homework,” “adept at complicated cases” and knowledgeable about banking law which “is especially helpful in advising divorce clients on issues involving creditors.”

In February 2004, Washingtonian magazine said, “He has a stellar reputation…For clients who want things handled, he is the man…He is always prepared and business-like.” In his nomination for the Virginia State Bar Family Law Section’s Lifetime Achievement award, which Jim received in 2014, fellow family law attorney Terrence R. Batzli wrote, “He is always willing to discuss potential solutions to every pending issue in a manner which will effect the best result for his client.”

As a seasoned trial attorney, Jim knows when to litigate, when to negotiate and when to mediate.

Best Lawyers in America “Family Law Lawyer of the Year” for the Washington, D.C. area, 2012