From Incentives to Mandate – The ICC’s Green Construction Code – Will We Need Third Party Rating Systems in Virginia in 4 Years?

From Incentives to Mandate – The ICC’s Green Construction Code – Will We Need Third Party Rating Systems in Virginia in 4 Years? 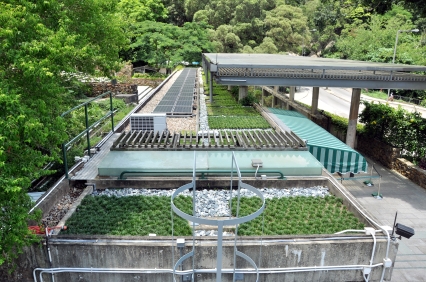 As I was discussing some of Arlington’s Community Energy Plan goals with an architect friend of mine the other day, it was apparent to both of us that a number of the County’s stated goals for energy efficiency (such as the 30% increase in efficiency) in its plan track the time line for the incorporation of the the International Code Council’s Green Construction Code in one form or another by Virginia. After spending some time reviewing the Synopsis of the International Green Construction Code currently in process to be adopted by November of next year by the ICC, it was clear that what has been contemplated and encouraged by USGBC’s third party rating system was adopted by the proposed ICC Green Construction Code. In fact, the requirements set out for election by jurisdictions should sound pretty familiar to you, such as Site Development and Land Use, Material Resource Conservation and Efficiency, Energy Conservation and Earth Atmospheric Quality, Water Resource Conservation and Efficiency, Commissioning, Operation and Maintenance, etc. There’s even a handy checklist to use, just like the one the USGBC provides.

With the revised public version due out as early as tomorrow (Public Version 2.0), and the Final Action Hearing to be held November 3rd through November 6 of 2011, Virginia will be in a position to review and decide on how to incorporate this new code proposal in 2012, with plenty of time to coordinate and be prepared to implement these new changes by 2015.

So, how would this impact what USGBC presently does? Well, it would obviously be profound. If the International Code Council’s Green Construction Code is broadly adopted, mandating equitable green building design in jurisdictions across the country, need for a third-party certification body would be in question. Ongoing monitoring and enforcement would fall under the legal purview of your local Building Official, rather than a remote “voluntary” certification body, and everybody would be subject to the new code, rather than just those electing to go through the process, broadening the environmental and efficiency impacts dramatically. However, one difference I noticed that kind of jumped out at me was the lack of reward for innovation, which may unfortunately become a trade-off for mandating design requirements.

So if any of you are wondering how Arlington County expects to be in a position to mandate improvements to by-right projects (both new construction and renovation) through its new Community Energy Plan, hopefully this clears things up. Here’s the official primer video explaining the proposed Green Construction Code if you are interested.