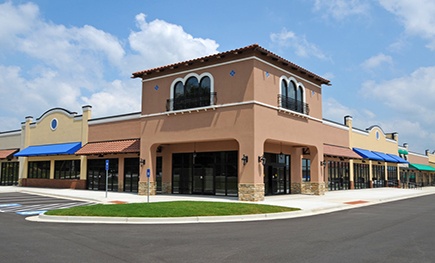 As a condition to entering into a new lease, landlords often require a guaranty of lease from a personal or corporate guarantor in connection with those tenant entities that do not have either a high enough net worth or annual revenue, or for whatever other reasons do not meet the landlord’s financial criteria. A guaranty of lease is a covenant by the guarantor to be responsible for the obligations of the tenant.

For example, for a tenant business set up as a new limited liability company that has one or two principal owners, the landlord will likely require that the owners personally guaranty the tenant’s obligations under the lease since the limited liability company would have little or no assets and no track record. Or for a tenant entity that is a wholly owned subsidiary of a parent corporation, the landlord will likely require that the parent corporation serve as the guarantor.

In these examples, a selective landlord would not enter into the lease without the tenant offering a creditworthy guarantor. This article will briefly describe the typical provisions of a guaranty, outline the competing interests of the landlord and guarantor when negotiating the guaranty, and offer some suggested compromise language to be used when negotiating and drafting the guaranty as ways to protect both parties.

What exactly is a guaranty and how would the landlord enforce one? In a lending context, guaranties are similar to sureties, indemnities and hold harmless agreements, where one party agrees by contract to be responsible for the obligations or actions of another. In a real estate leasing context, guaranties are instead consistently and typically structured as unconditional guaranties of payment. A guaranty of payment is more than a guaranty of collection.

The careful attorney representing a guarantor should closely review these further waivers, and consider adding language to protect the guarantor. For instance, it may be unreasonable for the guaranty to remain enforceable if the lease were to be subsequently amended without the guarantor’s consent (especially amendments extending the term beyond the agreed upon initial term).

Similarly, the guarantor should request that the landlord be obligated to send copies of notices of tenant’s default to the guarantor. In response, landlords will likely resist these requests for revisions in situations where the guarantor is a close affiliate or owner of the tenant since the landlord will not want an extra layer of unnecessary administrative burden.

A good compromise would be to require guarantor’s consent to amendments to the lease and provide copies of notices of default to guarantor in situations where the original tenant has assigned the lease to an unrelated third party so that the guarantor is no longer a close affiliate of the tenant.

The guarantor needs to closely review any waivers in the guaranty that go beyond the typical laundry list set forth above. Landlords sometime try to expand the guaranties beyond the limitations agreed to in the lease. That is, the guarantor should only be liable for tenant’s obligations after the tenant has exercised any of its remedies or defenses, and only after the applicable notice and cure period made available to the tenant under the lease.