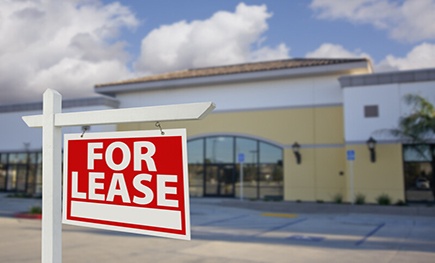 In Part 1 of this series, the definition of guaranty, the relationship between the landlord and guarantor, and the means for landlords to enforce provisions of a guaranty were discussed.

Recognizing that the guaranty is a condition to entering into a lease, and its leverage is limited, the guarantor would still like to limit its exposure under a long-term lease. At the same time, the landlord wants the security of an unlimited and unconditional guaranty, at least until such time as the tenant has a track record of success or can provide better financials.

Because these competing interests are critical business terms, any attempts at limiting the guaranty need to be raised early in the lease negotiation process by the tenant and preferably at the time of the negotiation of the letter of intent.

Another approach would be to limit the exposure under the guaranty to landlord’s unamortized tenant improvement costs and brokerage fees. As you can see, the possibilities are only limited by the imagination of the landlord and tenant.

Another common solution which might work in the retail context is for both parties to negotiate a termination of the guaranty that only becomes effective after the tenant has reached certain financial milestones. That is, the parties could provide in the guaranty that the guarantor is released at such time when the tenant has reached a net worth of $5,000,000 or gross sales of $10,000,000, for example, based on financial reporting satisfactory to landlord.

The dollar amount of any financial testing or the minimum length of time needed before the landlord will consider a release is often dependent on the landlord’s cash spent in procuring the lease. If the landlord had a very expensive build-out for tenant’s benefit, or provided a very high tenant allowance, then they will be much less willing to release the guarantor until such time as they have recouped their investment.

Below are three sample provisions that could be inserted into most form guaranties as ways to limit the guarantor’s exposure while hopefully still giving the landlord enough protection to satisfy their lenders and investors. The first is a simple provision that terminates the guaranty after a finite period of time. The second is a rolling limitation based on the year of the lease. The third insert caps the guarantor’s exposure if there have been no defaults during the first five lease years.

A guaranty of lease is a critical document that can offer tremendous protection to a landlord and expose the guarantor to devastating liability. Guaranties of leases are treated differently in various states, so please consult with your local real estate attorney.

Example #1. Terminates after a Period of Time:

Notwithstanding anything herein to the contrary, and provided that Tenant is not in default under the Lease, then as of the first day of the sixth (6th) Lease Year, Guarantor shall have no further liability thereafter accruing under this Guaranty; provided, however, Guarantor shall be responsible for all liabilities accruing during the first five (5) Lease Years and any expenses incurred by Landlord in collecting the same, including attorneys’ fees and interest.