How is the Local Office Leasing Market Doing a Year After the Amazon HQ2 Announcement?

How is the Local Office Leasing Market Doing a Year After the Amazon HQ2 Announcement? 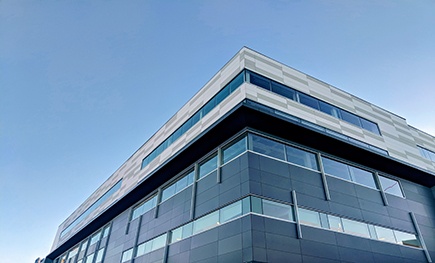 The Northern Virginia office market had a total vacancy rate of 18.3% in the fourth quarter of 2019. This represents a continuing gradual strengthening of the market as it was the eleventh consecutive quarter with positive net absorption. That said, vacancy rates are still higher than before the great recession ten years ago. Much of the positive absorption recently is from the transportation corridor (Route 66 from Arlington to Tysons, and then along the Toll Road to Dulles), but there has been a positive but slow rebound for off-Metro locations as well.

However, the over ten million square feet that constitutes the Crystal City submarket had a slight negative absorption in the third quarter of 2019 and a total vacancy rate of 18.2%. By comparison, the sizeable Ballston, Courthouse/Clarendon and Rosslyn submarkets had third quarter 2019 total vacancy rates of 21.5%, 16.4% and 22%, respectfully. Arlington had a lower vacancy rate (around 16%), due in part to the much lower vacancy rates in the smaller submarkets like Shirlington and others. With the continued ramp up of Amazon HQ2, how will these numbers change in the years to come both in the local markets as well as the larger Northern Virginia market? Has the market responded yet to the initial HQ2 developments?

Part of the increased health of the Northern Virginia market is due to fewer deliveries of new buildings to compete with existing inventory. However, with over 2.7 million square feet under construction, much in Reston, but more planned for the Amazon HQ2 area, will demand continue to increase enough to offset the future increases in inventory? I suspect the answer to be “yes”, eventually.

The Amazon HQ2 announcement took place in November of 2018, with Virginia’s incentive bill (up to $750M with more than $1B in infrastructure spending) and Arlington’s incentive package ($23M) getting finalized in 2019. Most of the development is still years away, but Arlington County did recently approve two 22-story towers on the Metropolitan Park site in Pentagon City and Amazon has leased over 500,000 sf in four different buildings. There is much more coming in the pipeline. Eventually Amazon is projected to need over 4 million square feet and employ not less than 25,000 people with an average salary of $150,000. If HQ2 develops in a similar fashion to Amazon’s original headquarters in Seattle, then many other businesses will want to relocate into the market to take advantage of the proximity.

2019 also brought about the announcement of the new Virginia Tech Innovation Campus, a development almost as significant as that of Amazon HQ2. The 1 million square foot graduate campus on 15 acres near the Arlington border in Alexandria, the new Potomac Yard Metrorail Station and just south of Reagan National Airport, will be part of a larger 65-acre mixed use project. The Virginia Tech campus will be just two metro stops away from Amazon HQ2. When fully completed, the Innovation Campus will enroll about 750 master’s students and hundreds more working on their doctoral degrees. Things have come a long way since this Hokie graduate attended college at the Blacksburg campus years ago.

The immediate business impact is more obvious in the residential market, with housing demand and home prices surging in Arlington County. We are still waiting on the impact to the office market, but there have been some signs of tightening. For example, according to available statistics, the asking rental rate in Crystal City and Pentagon City has increased 17% year-over-year and the average tenant improvement allowance and the months of free rent have both significantly decreased. But with the vacancy rates still over 18% in Crystal City, it is fair to say that we are still waiting for Amazon HQ2 to really move the needle in the local office market. Most observers think it will take years for the project to make a meaningful difference, but the very busy Arlington County planning department is always the best indicator of future local growth. Investment sales have remained steady and there has been a flurry of activity in the multi-family market, so please check back in the years to come to see how the office market ultimately responds to Amazon HQ2 and the new Virginia Tech campus.

John G. Kelly represents office and retail landlords and tenants in connection with commercial real estate leases throughout the region. Please contact him should you have any questions.