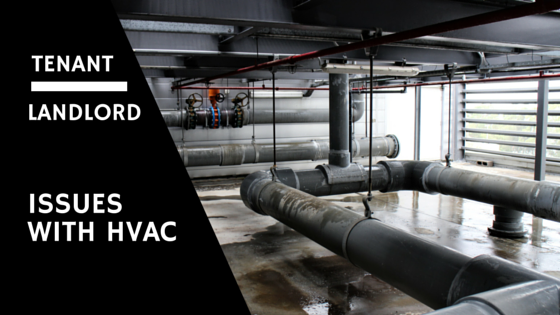 Disputes over specialized tenant improvements or exclusive heating and air conditioning systems are common in commercial leasing. Landlords and tenants often argue over maintenance and repair obligations, or whether or not such specialized tenant improvements can remain on the premises upon the expiration of the term or if tenant is obligated to remove the alterations at the tenant’s sole cost.

Landlords often require such alterations be removed and the premises restored to their original condition while tenants would obviously prefer not to have to incur such large move-out expenses. With respect to exclusive heating and air conditioning systems, typically the argument between landlords and tenants is whether or not the tenant must incur significant expenses maintaining and/or replacing a defective unit towards the end of the term at tenant’s sole cost for the benefit of the subsequent tenant of the premises. This article will discuss the typical approaches to these issues and offer suggested compromise language for office and retail commercial leases.

Specialized tenant improvements, as used in this article, means those tenant improvements that go beyond the typical office/cubicle layout for office leases or typical fixtures or build-outs for retail tenants. For example, a tenant with sophisticated data storage needs could have supplemental HVAC systems or advanced fire suppression systems. Larger multi-floor tenants could have interior stairwells or raised floors. Many commercial tenants have unique telecom needs with extensive cabling and wiring and medical office tenants have various types of expensive build-outs unique to their specialty.

Normally, only retail tenants would have heating and air conditioning systems that exclusively only serve their premises, since office tenants typically share heating and air conditioning with the rest of the building. However, for retail tenants, determining who is responsible for the maintenance, repair and possible replacement of these exclusive “HVAC” systems is often an issue ripe for dispute.

It might be helpful to first have a brief primer on the basics of repair and maintenance. The old English common law for real property developed for agricultural purposes, with the land of primary importance and any physical improvements secondary. The lease was considered a conveyance of real estate from landlord to tenant for the specified term. As such, the tenant typically took the property completely “as is”, and the landlord usually had no responsibility for the condition of the property upon commencement or the maintenance of the property during the lease term. Courts in many states held that the landlord had no duty to keep the property in repair.

That said, the trend under modern jurisprudence for commercial real estate leasing has been to gradually move away from treating leases as a pure conveyance and move towards applying contract law. As a result, depending on the jurisdiction, the landlord under a commercial lease may now be subject to maintenance requirements pursuant to certain implied warranties (i.e., implied warranty against latent defects, implied warranty of fitness for a specific purpose, and/or an implied warranty of habitability).

Because of the varying degrees of responsibility placed on the landlord absent an agreement between the parties, the language in the lease agreement becomes even more critical. For commercial leases, the courts first look to the lease in cases of dispute. As a result, lease forms have grown longer and longer as the response from landlords (who author the forms) to the greater implied rights given to commercial tenants under common and statutory law. Note also that residential tenants are normally afforded much greater protection under local statutes, therefore this article only relates to commercial real estate.

Lease provisions typically trump any applicable local law by providing that tenants are solely responsible for the maintenance and repair of HVAC systems exclusively serving their leased premises, but the landlord may have the obligation to turn the system over to the tenant in good working order. Landlords often verify that the tenants are properly maintaining their exclusive HVAC systems by requiring that the tenants enter into a service contract with a local HVAC company approved by the landlord.

Tenants normally accept this responsibility for maintaining the systems that exclusively service their premises. The area of controversy is instead often whether or not the tenant is forced to completely replace an aging HVAC system towards the end of their term. The tenant argues that the landlord (and thus, the new tenant taking over their space) would be unjustly enriched if the tenant installed a brand new HVAC system just prior to surrendering the premises back to the landlord. Landlords reply that this risk is lessened by regularly servicing the systems, and that the tenants can always instead choose to keep the units running as opposed to a new costly installation.

One area of compromise for larger more creditworthy tenants, normally in the retail setting, is for landlords to agree to repay the tenant for the unamortized cost of the exclusive HVAC system installed during the last few years of the lease term. That is, the parties would agree in the lease document on the useful life the system (or agree to look to GAAP or IRS regulations), and landlord would reimburse tenant a portion of the cost of the replacement system depending on how many years left remained on its agreed-upon useful life. In some rare cases, the parties may agree that the tenant can instead remove the newly installed system upon the expiration of the term and take it with them to their new location. Normally, however, landlords would strenuously object to such a provision over the worry it could damage their roof or structural integrity of the building. Landlords and tenants typically prefer the reimbursement approach.

Part 2 of this article will be published next week, and will cover specialty improvements and compromises that can be made.

Original image courtesy of Aidan – slight changes made for this post