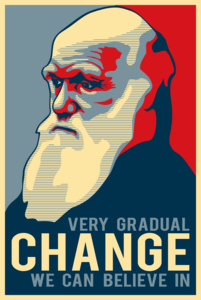 The official word is now circulating that GBCI and USGBC are dramatically altering the inspection and certification process for LEED certifications. Last week, I posted the very surprising information that major changes were potentially in the works for GBCI certifications based on a comment at a seminar I attended. GBCI’s initial comments on the blog post appeared to reflect that the initial information was slightly off, but the thrust of problems and resulting changes to the third party inspection protocol appeared accurate.

I received a report from a good friend of ours, Jerry Therrien of Therrien Waddell Construction, that USGBC Maryland has circulated the following official announcement under the tag line, “GBCI Certification Process Evolving”:

GBCI concluded its evaluation of the ‘pilot’ in which global certification bodies were engaged to assist with LEED project certification. The expectation was that this model would improve capacity and allow GBCI to scale the certification process while maintaining the necessary rigor and level of customer support. What GBCI discovered, however, was that it put too much distance between GBCI and its customers and hampered efforts to provide the clarity and consistency that project teams need to complete the certification process.

Given this, GBCI will gradually assume direct management of certification reviews over the next two years. This change should be seamless to project teams. GBCI will use a combination of staff reviewers and contracted review teams to keep certifications flowing through the pipeline during the transition.

I have two editorial reactions to this. First, after pushing the outside inspection regime so vocally only a year ago, this change represents a major shift in direction. My initial reaction continues to be if it is not broke, why fix it? There clearly must be widespead and significant problems with third party credit reviews to dramtically reverse course like this. I have heard some very limited grousing in this direction about issues, but nothing too significant to force a change like this. Perhaps our clients and friends have been lucky.

My second reaction is to say kudos and great job. It takes a lot of organizational guts to recognize a problem and step up and fix it even if it means completely reversing direction. It was a bold initial move and it is a bold course correction. The cavitation is perhaps a little disconcerting, but I for one would rather have organizations making the best decisions based on the best information boldly instead of sitting around and doing nothing when faced with problems. That is what leadership is all about.