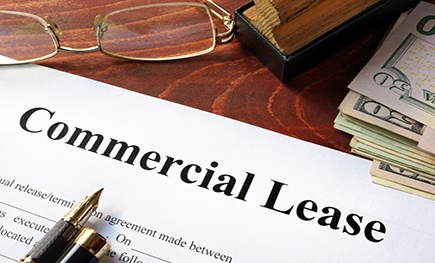 As noted in part 1 of this article, the commercial tenant’s lenders will also want a security interest in the tenant’s personal property to secure the repayment of the tenant’s loan obligations, creating a conflict between the lien rights of the landlord and the lender. Because of this conflict, as a condition to the financing, a lender will typically request that the landlord execute a waiver of its security interest.

For some lenders, obtaining the waiver is an absolute requirement of moving forward with the loan, such as with loans obtained in connection with the SBA. Even so, landlords may push back at a request to a waiver, but will often agree to at least subordinate their landlord’s lien rights to that of the lender’s security interest.

The landlords recognize that financing is a critical need for their tenants, without which the tenant would not be able to operate its business and generate the revenues needed to pay the rent, so they typically agree to the waiver or the subordination of their lien rights for larger, creditworthy tenants.

The landlord would obviously prefer the subordination over the waiver, as a secondary secured position could at least provide some limited recovery in a default situation. The form of the landlord waiver or landlord subordination usually is a bank document prepared by lender’s counsel, so the landlord should give close scrutiny to such a form, as such forms often grant lender’s favorable rights with regard to the leased premises and place burdensome obligations on the landlord.

Since most landlord waiver/subordination documents start out as one-sided bank forms, the landlord with leverage should look into the following suggested changes:

First, the landlord should try to subordinate its landlord’s lien instead of an outright waiver. The true value of a secondary position may be questionable, but there could be some recovery and it is better for the landlord to be a secured creditor in the event of a bankruptcy. The waiver or subordination should be limited to only the landlord’s common law or statutory lien rights, and consensual liens such as Uniform Commercial Code (UCC) security interests if applicable, but not all liens, such as judgment liens. The waiver should not act to terminate the tenant’s continued liability under the lease.

Second, the landlord should try to retain control over the process of the lender removing the collateral. For example, the lender should only remove the collateral after business hours and from designated loading areas. The lender should also agree to pay for any damage caused by the removal, and is often asked to indemnify landlord in case of third party claims resulting from the lender’s entry into the premises for such purposes.

The landlord could also insist that the lender furnish evidence of insurance before entering onto the premises to remove the collateral. Lenders often push-back on a blanket indemnification, but will typically agree to repair any damage caused by the removal of the personal property.

Third, the parties need to make clear what equipment is part of the collateral. The landlord should agree that personal property remains personality (and not part of the real estate) in exchange for the lender agreeing not to pursue its security interest against building systems such as plumbing and HVAC or other fixtures. The landlord could violate the terms of its own mortgage were it to waive its interest in these items.

Fourth, the lender will want notice of tenant’s default under the lease and an opportunity to cure on behalf of the tenant. This presents an administrative burden for the landlord, so the number and cause of notices should be limited, if possible, to notices which may result in a termination of the lease. With respect to giving the lender an opportunity to cure tenant’s default, the time period should be short and limited only to monetary defaults. Many lenders will instead accept notices only prior to or in connection with a lease termination.

Fifth, the lender will request a period of time following the termination of the lease (perhaps up to sixty or ninety days) to take inventory and remove the collateral. Such a request by the lender may not be unreasonable, but the landlord should insist that the lender pay the amount which would otherwise be payable as rent under the lease during such period of occupancy. It is important to define the starting point and expiration point to any obligation on the lender’s part to pay rent.

Sixth, the lender should agree to not interfere with the landlord’s efforts to lease the premises to a replacement tenant and remain available for reasonable inspection by the landlord.

Seventh, the lender should be requested to not hold public liquidation sales at the premises without landlord’s prior consent and subject to landlord’s reasonable conditions.

Lastly, the waiver or subordination document should clearly provide that the agreement terminates, at least with respect to the landlord’s obligations under such an agreement, upon the tenant’s full repayment and satisfaction of its loan with the lender.

The lenders for the tenants will object to broad landlord’s liens as they will look to secure their loans against the same personal property. The resulting conflict is best resolved through a fair subordination of landlord’s lien agreement, which to save time and money, should be attached to the lease as a pre-approved form.