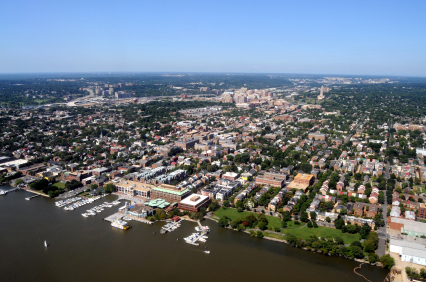 In 2010, the city granted the restaurant owners a special use permit to operate a restaurant in a storefront along Union Street, as well as the right to build an elevated deck in the adjacent alley. The deck would have obstructed much of the alley, known as Wales Alley. ODBC, however, claimed it was the beneficiary of an easement dating back to 1789 in Wales Alley to access the public streets. Although the fee simple interest in Wales Alley had been dedicated to the city years earlier and the city had paved and regulated parking in the alley, ODBC claimed its easement continued to exist and that the deck would obstruct ODBC’s use of its easement.

What this means for Virginia Property Owners

The case raises several interesting points for Virginia property owners. First, when purchasing property or undertaking zoning actions, it is important to check the title work and identify the easements affecting the property, especially where public dedications are needed to allow development, such as a subdivision. Title insurance becomes particularly important to protect property owners against unforeseen disturbances in using their land.

Second, if private easements might create hiccups in performing proper dedications or using a zoning entitlement, it is important to contact an attorney to determine whether the easement owners must also be engaged to move forward with the project.