Out of State . . . Out of Mind?: Ensuring that Local and Out-of-State Construction Companies Play by the Same Rules

Out of State . . . Out of Mind?: Ensuring that Local and Out-of-State Construction Companies Play by the Same Rules 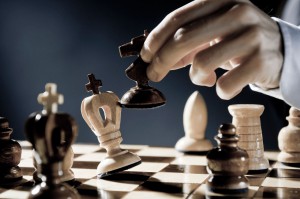 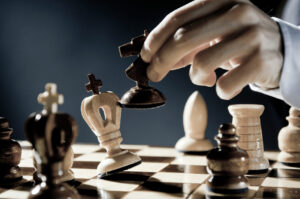 The construction industry is all too familiar with its perception as a means by which individual and corporate citizens alike may experience economic opportunity. Whether at the federal, state or municipal level, set-aside programs exist to give small, local and other discrete businesses the ability to compete for lucrative construction contracts. Efforts to support local business and increase the employment of residents are important to strengthen local economies. However, it is worthwhile to reevaluate government participation in the contractor selection process to ensure the goals of set-aside programs do not produce unintended results.

In the Washington, D.C. metropolitan area there are a variety of programs that allow for small businesses, local businesses, minority-owned, female-owned, disadvantaged and veteran-owned businesses to participate in construction projects in which states and municipalities are market participants. Among the federal government, D.C. government, and governing bodies in the counties of Prince George’s, Montgomery, Arlington, Alexandria, Fairfax, Prince William and Loudoun, there is a deliberate push to create jobs for residents and local businesses. The benefits are obvious. An increased tax base and productivity builds better communities. But can more be done for the corporate participants?

How Out-of-State Companies Bend the Rules

The 14th Amendment guarantees that all citizens are entitled to the same privileges and immunities as citizens of a particular state. However, it has become common for out-of-state companies to join forces with local businesses to get construction contracts. Once the money is made, they return to their respective states and leave the local businesses with no recourse to enforce those very same contracts in the jurisdiction where the work is performed.

In both of the situations described above, additional measures could, and probably should, have been taken. Virginia did not consider the “post-construction” issues that actually frustrated its original goal of increasing business for the Virginia contractor. The Virginia contractor didn’t consider all of the operational costs of working with the Mississippi contractor. And the Mississippi contractor, not unreasonable in advancing its own interests, may have compromised its ability to bid on and to be awarded future public projects.

How to Combat Rule-Bending

Imagine how the scenarios described would have concluded had the following occurred:

Creating jobs and giving priority to local businesses through construction contracts means there must be more rigorous investigation to ensure compliance with workplace, tax and other laws. It also means that local contractors must be savvy in negotiating contracts with out-of-state companies. Local contractors must act as if there is no safety net to ensure that out-of-state contractors will play by the same rules in administering construction contracts. Only then will there be improved results and an increase in promoting local communities.