Relaxed Variance Standards in Virginia Soon to Go Into Effect

Relaxed Variance Standards in Virginia Soon to Go Into Effect 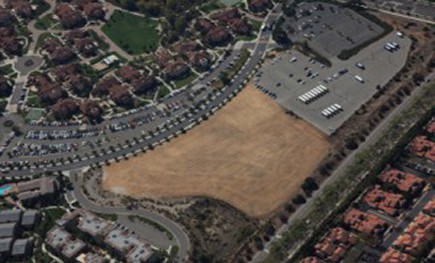 Last year, we wrote about the difficult standards in Virginia for obtaining a zoning variance, particularly in light of the recent case Martin v. City of Alexandria, in which the Supreme Court held strictly that all statutory requirements must be met before a variance may be granted. Now, those requirements are about to change. Effective July 1, 2015, recent legislation from the General Assembly will loosen the statutory standards for obtaining a variance in the Commonwealth.

The revised version of Section 15.2-2309 will no longer include the notoriously difficult to interpret “undue” and “demonstrable hardship” test that local boards of zoning appeals often struggled with. Under the new requirements, an applicant for a variance will no longer need to show that, without the variance, he or she would suffer a significant hardship and the subject property would be effectively useless. Instead, boards of zoning appeals will have authority to grant a variance if the strict application of the zoning ordinance would “unreasonably restrict the utilization of the property” or if the granting of a variance would “alleviate a hardship due to a physical condition relating to the property or improvements thereon.”

The remaining requirements for obtaining a variance will be largely unchanged: (i) the property interest must have been acquired in good faith and the hardship must not have been created by the applicant for the variance; (ii) granting the variance will not have a substantial detriment on adjacent and nearby properties; (iii) a zoning amendment would not be reasonably practicable; (iv) the variance will not result in a change of use otherwise not permitted on the property or a change in the zoning classification of the property; (v) the relief requested is not available through a special exception or modification to the zoning ordinance.

The new legislation also relaxes the standards on appeal of a decision by a board of zoning appeals to grant or deny a variance. While the decision of the local board will still be presumed to be correct on appeal, an appellant may rebut that presumption by proving “by a preponderance of the evidence” that the board of zoning appeals erred. This relaxed standard replaces the previous heightened standard that required a finding that the board was “plainly wrong” in order to reverse the board’s decision on appeal.

Even with the new statutory requirements in place, obtaining a variance will continue to mainly hinge on the discretion of local boards of zoning appeals and the applicability of local land use regulations. However, whereas local boards previously may have felt a variance was warranted, but nevertheless denied the variance because it did not meet the strict requirements of 15.2-2309, now local boards will have greater flexibility to grant variances when they find it appropriate to do so.

Contact one of our Land Use attorneys should you have any questions:
Mark Viani mviani@beankinney.com, Matt Roberts mroberts@beankinney.com