Remanded! Kersey v. PHH Mortgage Corp. – So What is the True Value of Facetime?

Remanded! Kersey v. PHH Mortgage Corp. – So What is the True Value of Facetime? 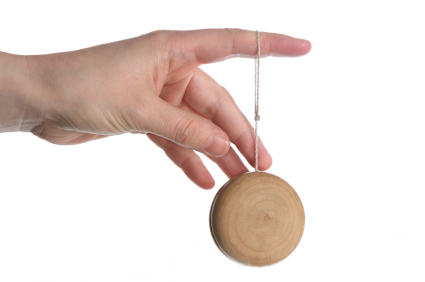 It’s hard to believe it’s already been over six months since we discussed this case in the blog post Never Underestimate the Value of Facetime, where Judge Williams of the U.S. District Court for the District of Virginia (Richmond Division) found a “distinct and ripe controversy” of whether PHH owed Kersey a face-to-face interview before foreclosing on her home.

Since that time, the parties chose to forego a bench trial and submitted a joint stipulation of facts for Judge Williams’ review. In reviewing those facts and the parties’ proposed conclusions of law, Judge Williams issued this recent Memorandum Opinion after he became troubled with whether the case should even have been in federal court.

Ms. Kersey had initially filed her complaint in Richmond City Circuit Court seeking a declaratory judgment that PHH did not comply with the Deed of Trust, particularly with the requirement of a face-to-face pre-foreclosure meeting. PHH removed the case to federal court, claiming in a Notice of Removal that Kersey’s complaint raised a federal question under the FHA and HUD regulations. The Notice of Removal also claimed that there was diversity jurisdiction, because Kersey is a Virginia citizen, PHH is a Maryland corporation with its principal place of business in New Jersey, and the amount in controversy exceeded $75,000. PHH did not offer any other affidavits, evidence or other support for these jurisdictional allegations.

In her proposed conclusions of law, Kersey joined PHH’s bandwagon, arguing the court had jurisdiction under the Truth in Lending Act. In a footnote, Judge Williams dispensed with the Truth in Lending Act argument because the complaint alleges only declaratory relief due to PHH’s purported failure to comply with the FHA and HUD regulations incorporated by the Deed of Trust. In any event, Judge Williams threw the burden of proving jurisdiction on PHH as the party removing the case to federal court.

Regarding PHH’s diversity argument, Judge Williams had no problems finding complete diversity. But he did not buy that the amount in controversy really exceeded $75,000. Recall that the mortgage in question was $71,397. PHH claimed that once you added in charges and fees, that amount tipped over the $75,000 mark. Judge Williams pointed out that the amount in controversy in a declaratory judgment case is the “value of the object of the litigation,” which could be the “direct pecuniary value” of the right the plaintiff seeks to enforce or the cost to the defendant to comply with the relief. Kersey’s suit asked the court to determine whether PHH owed Kersey a face-to-face meeting prior to foreclosure, and Judge Williams refused to speculate what the “direct pecuniary value” of that meeting was to Kersey, or how much it would have cost PHH to comply with the meeting requirement.

Lesson learned: Figure out from the get-go whether you belong in state court or federal court. This removal and remand yo-yo has undoubtedly cost the parties a great deal of time and money. And to think that all of this could have been avoided by a thorough pre-foreclosure reading of the Deed of Trust to ensure that all of the requirements – including a face-to-face meeting – were satisfied!

Stay posted for the remand in state court to find out whether PHH really was required to have that face-to-face meeting with Kersey, and if so, what the penalty will be for skipping that step!