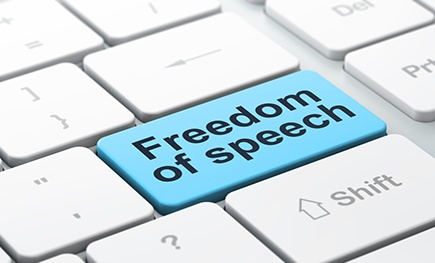 Back in July, we provided our five takeaways from the California Supreme Court’s decision in Hassell v. Bird that Section 230 of the Communications Decency Act of 1996 (“Section 230”), which confers defamation immunity upon internet sites that “publish” content of another, protected Yelp from a take-down order directing it to remove defamatory content. After the decision, Hassell asked the nation’s highest Court to hear the case. Yesterday, the U.S. Supreme Court declined to do so, leaving lower courts free to determine the scope of Section 230 immunity in connection with take-down orders.

In their Petition for Certiorari (see here), Hassell asked the Supreme Court to weigh in on whether a take-down order for defamatory statements falls within the meaning of “liability” under Section 230. Hassell argued that although Section 230 prohibits a defamation plaintiff from directly suing internet intermediaries like Yelp for statements made by their users, Section 230 neither bars suits for injunctive relief, nor precludes courts from directing such companies not to republish content that has been adjudicated defamatory. Hassell claimed that because the Supreme Court has not interpreted the meaning of “liability” under Section 230, and because lower courts are split on the issue, review of the California decision is necessary. Hassell warned that if the decision is not overturned, “victims of unlawful and unprotected content will have no effective remedy to remove the material.”

In response (see here), Yelp argued that Section 230 protects online intermediaries from all forms of liability in connection with statements of another, including injunctive relief. Further, courts should not afford defamation plaintiffs an end-around Section 230 immunity by issuing take-down orders against third-party internet intermediaries not named in defamation lawsuits. Yelp also disputed Hassell’s concerns regarding a lack of effective remedies for plaintiffs, or the existence of lower court split decisions.

Hassell filed a reply (see here) just after the New Year, arguing that Yelp overlooked the point that no monetary damages had been sought against it as a direct “publisher” of content, and reiterating policy arguments that a bar on injunctive relief would have a drastic effect on defamation victims. “In many circumstances…content will be left up on the Internet in perpetuity to inflict injury on the plaintiff.”

The Supreme Court’s decision not to hear the case might reflect the Justices’ agreement with the plurality in Hassell that because the case turned on statutory language, Congress ought to be the body that addresses Section 230 immunity. Or, the decision reflects a need for further development of the issues in lower courts before the Supreme Court weighs in. Whatever the reason, Hassell (and Yelp’s victory) remains the latest word on take-down orders in the online fight between freedom from defamation and freedom of speech.

This article is for informational purposes and does not contain or convey legal advice. Any views expressed herein are those of the author(s) and not necessarily those of any law firm clients.

In our blog posts last year, we chronicled the sea change in employment laws that has been underway in Virginia, in areas such as misclassifying employees as independent contractors and workplace discrimination. Virginia has had a well-earned reputation as a state...

With a significant percentage of individuals now fully vaccinated against COVID-19, businesses are beginning to reopen or expand in-the-office activity in Northern Virginia and across the Commonwealth. On May 28, 2021, the Equal Employment Opportunity Commission...

President Biden signed the American Rescue Plan Act of 2021 (the “ARPA”) into law on March 11, 2021. The $1.9 trillion relief package contains several provisions that will impact employers, including a requirement that employers provide “assistance eligible...