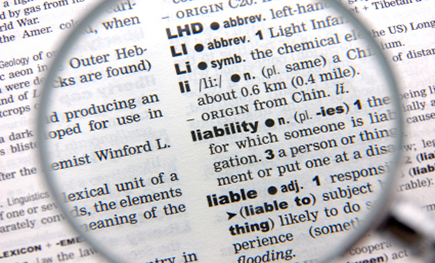 The Fair Labor Standards Act (FLSA) establishes requirements regarding the compensation of employees working in the private sector and in federal, state, and local government positions. To protect employees, the FLSA also prohibits retaliation by employers against employees who filed a complaint that their rights have been violated.

In the past, the FLSA’s anti-retaliation provision has been applied to cases where an employee had been wrongfully terminated or discriminated against after filing a formal complaint with a governmental agency, typically the U.S. Department of Labor, resulting in the commencement of formal proceedings against the employer.

However, the U.S. Court of Appeals for the Fourth Circuit concluded in the case of Minor v. Bostwick Laboratories, that the FLSA’s anti-retaliation protections were broad enough to cover informal, “intra-company” complaints made by an employee.

In Minor v. Bostwick Laboratories, Minor, an above-average performing employee, met with a Bostwick company executive to complain that her supervisor had been violating the FLSA because she was altering employee timesheets, without the employees’ authorization. The company executive promised to investigate. About a week later, Minor was terminated.

Minor filed suit, claiming that Bostwick Laboratories had terminated her employment in retaliation for her complaint to the company’s management about FLSA violations. Bostwick Laboratories defended the case, arguing that Minor’s FLSA complaint did not qualify for protection under the FLSA anti-retaliation provision because it was an oral, intra-company complaint, and not a formal proceeding that the company argued was required by the FLSA.

The Fourth Circuit Court of Appeals disagreed, finding that for a complaint to qualify for protection under the FLSA anti-retaliation provision, it can be in made either orally or in writing, but must have a sufficient degree of formality so that it provides reasonable notice to the employer that the employee is making an FLSA complaint.

Nor is a formal proceeding required, according to the Court. Here, the informal meeting between Minor and the Bostwick company executive was sufficient to have put the company on notice of Minor’s FLSA concerns and, therefore, qualified as protected activity under the FLSA anti-retaliation provision.

When an employee complains that their rights to wages or overtime pay are being violated, the employer should address the concern promptly and appropriately, irrespective of whether the employee has complained orally or in writing. Employers can better prepare supervisors and managers for dealing with complaints through training, preparation, and documentation, including:

Furthermore, employers can weaken the viability of a retaliation claim by appropriately documenting all instances of employee discipline. Employees are generally not terminated for a single offense. Termination usually occurs after several incidents.

Each incident should be carefully and accurately documented. Such documentation should include:

If you find yourself facing questions about employee wages or overtime pay, such as those described above, the employment law attorneys at Bean, Kinney & Korman can assist in evaluating your company’s specific questions and in crafting reasonable solutions. Please contact Doug Taylor at (703) 525-4000 or rdougtaylor@beankinney.com.