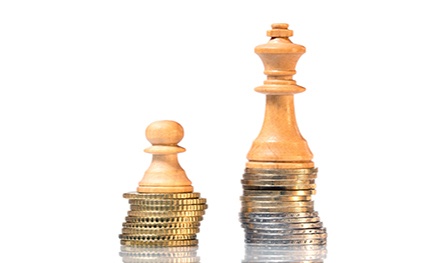 In October 2017, California became the latest in a growing list of states and localities to ban employers from asking job applicants about their salary histories, a list that includes: Massachusetts, Delaware, Oregon, Puerto Rico, San Francisco, Philadelphia and New York City. Similar legislation is currently under consideration in other states, including: Virginia, Maryland, New York, Rhode Island and Texas.

The new law expands California’s already existing equal pay provisions, which mandate equal pay, without regard to gender, for substantially similar work. Under the new law, an employer may not make an oral or written request of a job seeker for salary history information, either directly or through a third party agent. Nor may an employer use a job applicant’s prior salary history “as a factor in determining whether to offer employment to an applicant or what salary to offer an applicant.” The term “salary history” also includes employee benefits.

Lingering gender inequality in pay is a primary motivation behind this trend, which was made clear by the California legislature in its commentary to the new law:

Gender wage discrimination is destructive not only for female workers but for our entire economy. Closing the wage gap starts with barring employers from asking questions about salary history so that previous salary discrimination is not perpetuated.

According to the Pew Research Center, the gender pay gap has narrowed since 1980, but it still exists, with women earning 83% of what men earned in 2015. Not all of the statistics suggest, however, that applicant disclosure salary history has the effect of perpetuating the previous salary discrimination of which the California legislature was concerned. A survey of more than 15,000 recent job applicants conducted by PayScale, a compensation data and software firm, showed that female applicants who were asked but did not disclose their salary history were actually offered 1.8% less than those female applicants who were asked and did disclose.

In addition, California’s expansion of its equal pay laws follows a closely watched decision of the Ninth Circuit Court of Appeals earlier this year, in Rizo v. Yovino. The case involved Aileen Rizo who, when hired by the Fresno, California, school system, was offered a salary equal to her most recent past salary, with an increase of 5% based on a school system policy that was applied uniformly to both female and male applicants. Rizo claimed that the policy resulted in a pay gap between similarly qualified male and female applicants in violation of the federal Equal Pay Act (“EPA”). The school system defended the policy as being gender neutral and based on legitimate business reasons “other than sex.” A panel of the Ninth Circuit agreed with the school system, finding that the pay disparity did not violate the EPA. The decision is presently under further review by the full Ninth Circuit, and a decision is expected shortly.

With the trend toward expansion of state laws prohibiting employers from asking job applicants for salary history information, Virginia, Maryland, and District of Columbia employers who have not already done so should begin to develop compensation values for particular jobs through: