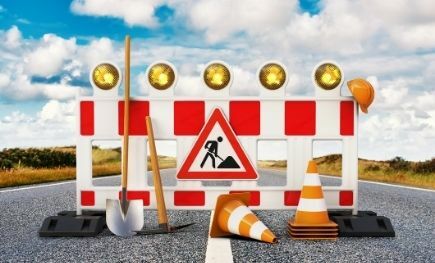 The U.S. Department of Labor (DOL) continues to focus considerable enforcement attention on when employees must be paid for travel time between home and their office or worksite under the Fair Labor Standards Act (FLSA). Construction and building trades companies remain at the forefront of the enforcement efforts of the DOL’s Wage and Hour Division (“WHD”), as exemplified by the recent consent judgment that ended the lawsuit brought by the DOL against AWP, Inc., a company that provides traffic control “flagging” services for temporary construction work zones.

The circumstances under which employees must be paid for work-related travel time has been a long-standing source of confusion for employers, as evidenced by the frequency of the U.S. Department of Labor’s (DOL) opinion letters addressing it. The root of the confusion that the DOL has repeatedly tried to clarify is easy to identify: The FLSA requires employers to pay employees for their “work” but does not clearly or adequately explain under what circumstances an employee is actually considered to be at “work.”

The FLSA is designed to ensure that covered employees are paid for all time that they work, and that overtime wages be paid for all time worked more than 40 hours per workweek. The Act does not define “work” or “workday.” However, the Supreme Court explained some years ago that “work” time under the FLSA occurs when an employee’s activities are controlled or required primarily for the benefit of the employer. Under what is known as the “continuous workday doctrine,” “work” is the period between the “commencement and completion on the same workday of an employee’s principal activity or activities. . ..” It is generally compensable time.

However, normal commuting or travel time, i.e., an employee’s ordinary travel from home to work before the regular workday and travel from work to home at the end of the workday, is not compensable, provided that the employee does not perform any work duties during the commute. Similarly, employee travel time between home and a customer site usually is not compensable, unless the worksite is remote, and the travel time involved is extraordinary. To wit, the DOL has stated that it would consider the greater part of a four-hour commute to the first job site in the morning to be compensable travel time.

On the other hand, travel time deemed to be a part of an employee’s principal work activity, e.g., travel between different worksites between the start and the end of the workday, or travel time that is undertaken principally for the benefit and at the request of the employer, can be an integral and indispensable part of the employee’s workday and must be paid as regular work time. Examples would include when an employee is required to report at a meeting place to receive instructions or to perform other work there, or to pick up and to carry tools.

Now, back to the DOL’s travel time dispute with AWP. AWP provides traffic control services at client job sites, often by sending AWP-employed flaggers to direct traffic around temporary work zones. The flaggers typically work in teams of two, for worksite safety reasons, among others, with one flagger acting as a spotter while the other setting up or tearing down the work zones. The flagger teams use AWP-provided trucks to transport themselves and their company flagging equipment to the job site. Once a worksite has been set up, the two flaggers would direct opposite flows of traffic at each end of the work zone.

Under AWP’s work assignment system, one flagger would be provided an AWP truck to keep at home, on the condition that the flagger-driver pick up his partner at an agreed-upon location before driving directly to the flagging worksite, all without first going to AWP’s local facility. AWP would send flaggers a text each night, assigning them a worksite and partner for the next day.

The Lawsuit and Consent Decree

The DOL’s investigation of, lawsuit against, and ultimately settlement with, AWP was premised on the company’s alleged failure to pay its flagger-drivers for some or all their travel time to and from the worksite. AWP and the DOL filed cross-motions for summary judgment in the court case. AWP defended against the DOL’s claims, arguing that picking up and dropping off a partner is simply a part of a flagger-driver’s normal commute and thus was not compensable under the FLSA. The DOL disagreed taking the position that flagger-driver time spent in picking up their partner was compensable time from the point of pickup of their crew partner to the worksite because AWP required them to deviate from a more-or-less direct path to work and back home, to pick up and drop off their partner. Picking up their partner thus was the official beginning of the flagger-driver’s compensable workday, the DOL claimed.

The case was resolved with the entry of a Consent Decree between the parties before a final disposition of the claims on the merits. However, the trial court highlighted some factual details that, if proven, would have caused the flagger-drivers’ travel time from the point of pick up to the worksite to be compensable, including the following:

How Do the FLSA Basics Play Out for Construction Companies?

Calculating employee travel time can pose significant challenges for many employers, especially for those with variable telework schedules. There are multiple factors you must consider, and there are few bright lines to establish when an employee is at “work,” converting what would have been an unpaid commute into time on the clock.

If you find yourself facing questions about employee travel circumstances, such as those described above, the employment law attorneys at Bean, Kinney & Korman can assist in evaluating your company’s specific questions and in crafting reasonable solutions. Please contact Doug Taylor at (703) 525-4000 or rdougtaylor@beankinney.com.