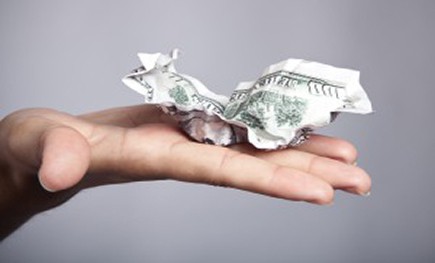 In a case with potential significance for many Virginia employers, the Court of Appeals of Maryland recently decided in Cunningham v. Feinberg that the Maryland Wage Payment and Collection Law (“MWPCL”) may be applicable to unpaid wage claims arising from employment agreements entered into in Virginia. Thus, a Virginia employer that does not exercise care in the payment of wages under a contract entered into with an employee who will be performing work in Maryland may find itself embroiled in a claim for unpaid wages, statutory treble damages, attorney’s fees and costs of litigation.

Matthew Feinberg, a lawyer, filed a law suit against his Virginia-based law firm employer, Cunningham & Associates, claiming that Cunningham had failed to pay him wages for legal work he performed on behalf of Cunningham’s Maryland clients, and for appearing in Maryland courts. Feinberg testified at trial that his employment agreement with Cunningham required him to spend the vast majority of his time in Cunningham’s Virginia office.

The case was initially resolved in Cunningham’s favor, with the trial judge ruling that Feinberg’s employment contract was entered into in Virginia, not Maryland, making the MWPCL inapplicable. Feinberg appealed to the Circuit Court for Montgomery County, which reversed the trial court’s dismissal of Feinberg’s MWPCL claim, but left intact the determination that the contract at issue was a Virginia contract.

The Court of Appeals granted review before the case could be reheard by the trial court. The issue on appeal was whether the doctrine of lex loci contractus, the law of the place where the contract was made, in this case Virginia, precluded Feinberg’s recovery under Maryland law. The Court of Appeals held that it did not, concluding that a cause of action under the MWPCL is not a contract-based action per se, but an independent, stand-alone statutory cause of action. The Court noted that the MWPCL’s definition of “employer” is broad enough to permit recovery for unpaid wages against a Virginia employer. The Court further opined that the MWPCL represents a “strong public policy” of the State of Maryland, so that Maryland law still would have been applicable to the dispute, even if Cunningham and Feinberg had expressly selected Virginia law in the employment agreement. Maryland wage law is far more favorable to employees than is Virginia law.

While the Court returned the case to the trial court for a further proceeding on the merits of Feinberg’s wage claims — and there is still much to be decided — the take away from this dispute for Virginia employers is clear. An employer outside of Maryland – including a Virginia employer – that directs its employee to go to a work site in Maryland may end up being answerable to its employee in a Maryland court for claims for unpaid wages under the MWPCL, including statutory treble damages, attorney’s fees and costs of litigation.