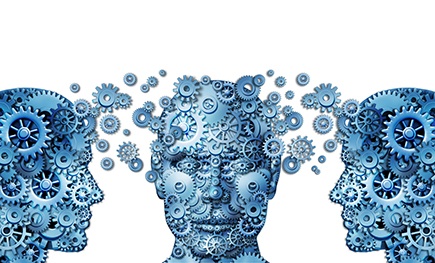 Freedom of speech has long applied beyond the spoken and written word. The Supreme Court has held that it applies to conduct, such as burning a flag, and it is currently considering whether it applies to the baking of wedding cakes in Masterpiece Cakeshop v. Colorado Civil Rights Commission.

But what about internet search engine results or other automated online “speech”? What about speech created by Artificial Intelligence?

The Supreme Court’s 1974 decision in Miami Herald Publishing v. Tornillo that the editorial decisions of a newspaper on what to print—and what not to print—are protected by the First Amendment has recently led lower courts to apply the same rationale to technology-driven internet company speech.

All three internet companies relied on a similar editorial judgment rationale to protect their automated programs under the First Amendment. This rationale will be tested in future cases as online speech advances. A major factor in the First Amendment analysis may turn on how a company’s internet search engine, or other automated technology, operates, the level of involvement of computer engineers and programmers in the editorial process, and the judgments made by those individuals.

In e-ventures Worldwide v. Google, e-ventures sued Google for unfair competition, unfair trade, and tortious interference. e-ventures claimed that Google wrongly removed its websites from Google’s search engine results on the pretext that the sites were spam. According to e-ventures, a search engine optimizer, Google removed the websites because they competed with Google’s fee-for-website-ranking program.

Google moved for summary judgment under Section 230 of the Communications Decency Act (CDA), which reads “No provider or user of an interactive computer service shall be treated as the publisher or speaker of any information provided by another information content provider,” and under the First Amendment. The district court granted the motion on First Amendment grounds.

The court held that Section 230(c)(2) of the CDA did not immunize Google from liability because e-ventures raised a genuine issue of whether Google had acted in good faith in removing e-ventures’ websites, and Section 230(c)(1) did not apply because e-ventures had not sued Google as a publisher or speaker of third-party content. Nonetheless, the First Amendment saved the day for Google: its search engine results, including removals of e-ventures’ websites, and website-ranking decisions represented protected speech and press activity, “akin to a publisher, whose judgments about what to publish and what not to publish are absolutely protected by the First Amendment.”

Shortly after e-ventures, and 1,300 miles away, similar First Amendment issues arose in a criminal case. In Arkansas v. Bates, Arkansas served a third-party search warrant on Amazon for audio recordings and transcripts from Bates’ Amazon Echo device (a leading AI device for the home). The state had charged Bates with first-degree murder following the death of his friend in the middle of the night at Bates’ home. During the initial investigation, the state seized Bates’ Echo on the theory that it may offer evidence of what transpired the night of the murder. While the state extracted some data from the Echo, it could not extract any audio recordings—of Bates, his friend, others, or Echo’s “Alexa”—because they were stored on distant Amazon servers.

Amazon moved to quash the warrant on First Amendment grounds.

Amazon argued, among other things, that it had First Amendment rights to speak and publish. Turning over Bates’ recorded requests on the Echo would violate Amazon’s right to publish, and turning over the Echo’s recorded responses would violate Amazon’s right to speak. In sum, Amazon contended that Echo’s searching, ranking, and audio transmitting of information are protected forms of speech and press in the same manner as previous cases where the courts have protected internet search engine speech. Amazon asserted that the state must meet a strict scrutiny type standard before the search warrant could be enforced. The issue was mooted after Bates authorized Amazon to turn over any relevant Echo recordings.

The district court dismissed the case, holding that all elements of Section 230 of the CDA had been satisfied to immunize Facebook from liability. Although Facebook also argued that its decisions on the monitoring, screening, and deletion of posts are protected under the First Amendment, the court did not address that argument.

In both e-ventures and Bates, Google and Amazon argued that their search engine results and rankings are protected forms of speech and press because they involve editorial control and judgment over what to communicate. In La’Tiejira, Facebook argued that its decisions on whether to keep or remove posts—driven perhaps by algorithms and other automated processes—deserved speech protection under similar reasoning.

In all three cases, the internet companies cited Zhang v. Baidu.com in support.

In Zhang, a district court dismissed individual censorship claims against a leading Chinese internet search engine company. The court held that the company’s search engine results are protected speech under the First Amendment. In producing such results, or electing not to produce other results, the company made the same types of editorial judgments that media companies make when deciding what to publish. It made no difference that the decision resulted from automated computer programming:

“Nor does the fact that search-engine results may be produced algorithmically matter for the analysis. After all, the algorithms themselves were written by human beings, and they inherently incorporate the search engine company engineers’ judgments about what material users are most likely to find responsive to their queries.”

These recent internet company cases will not be the last word on First Amendment protections for search engine speech or other forms of automated internet speech. The editorial judgment rationale in support of First Amendment protection will undergo further development. Decisions may turn on how a company’s internet search engine or algorithms operate, the level of involvement of computer engineers and programmers, and what judgments those individuals make. The ultimate factor may turn on the degree of human thought involved in such automated speech—an issue that could play out in the context of AI speech.

AI speech is developing rapidly. Experts predict that AI will outperform humans in the next 10 years—in tasks such as translating languages (by 2024), preparing high-school essays (by 2026), and writing bestselling books (by 2049). (When Will AI Exceed Human Performance? Evidence from AI Experts)

Some have commented that perhaps no human thought is required at all to protect AI speech under the First Amendment. (SIRI-OUSLY 2.0: What Artificial Intelligence Reveals About the First Amendment) We might imagine a day when AI may sue and be sued in connection with its “speech” and courts will contend with AI’s claimed First Amendment rights.

Think “Joshua” in WarGames (1983) asserting a constitutional right to speak out against the buildup of nuclear weapons.

Shall we play a game?