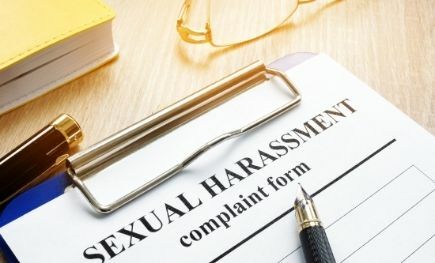 A recent decision of a panel of the U.S. Fourth Circuit Court of Appeals offers an important reminder for employers: There is potential legal risk in ignoring or brushing off an employee who comes forward with complaints of sexual harassment by a supervisor — even when the employee and supervisor are both of the same sex. Glenn Industrial Group, Inc., a North Carolina-based provider of underwater inspection and repair services to utility companies learned that lesson last week.

Glenn Industrial employed Chazz Roberts as a “dive tender” to assist with its diving operations. Roberts complained to the company of sexual harassment by Andrew Rhyner, his supervisor, whom he accused of repeatedly calling him “gay,” and making lewd and sexually explicit comments and other non-sexual derogatory remarks to and about him. According to Roberts, harassment like that happened “pretty much every time I’m around [Rhyner.]”

Rhyner was further alleged to have physically assaulted Roberts on the job, slapping the safety glasses off his face and putting him in a choke hold, on one occasion, and knocking his safety helmet off on another, because Roberts had “said something stupid,” in Rhyner’s view.

Roberts complained to Rhyner’s supervisor on at least four occasions. Each time he was told to “suck it up.” Roberts also complained to a second Glenn Industrial manager and ultimately spoke about Rhyner’s harassment with Ana Glenn, Glenn Industrial’s Vice President of Human Resources, and wife of the company’s CEO, in February 2016. Glenn Industrial never disciplined Rhyner; he continued to harass Roberts.

Two months after he complained to Ana Glynn, Roberts was assigned to a work site in Eden, North Carolina. There he was accused by the company’s project supervisor of appearing impaired — glassy-eyed, slurred speech, erratic, and confused — while on the job. Roberts tested negative for drugs. He subsequently denied to the company’s CEO that he had been using drugs or alcohol. The CEO told him to “take a few days off.” Glenn Industrial never called Roberts back to work.

Roberts filed a charge of discrimination with the EEOC and subsequently sued Glenn Industrial in February 2018 for same-sex sexual harassment and retaliation in violation of Title VII. The trial court summarily dismissed Roberts’ case, accepting Glenn Industrial’s argument that Rhyner could not have engaged in same-sex sexual harassment, applying a strict reading of the same-sex harassment rationale set forth by the Supreme Court in 1998 in Oncale v. Sundowner Offshore Services, Inc. Roberts had failed to prove “that Rhyner was motivated by a general hostility toward men” in the workplace, according to the trial court. Dispositive, in the court’s view, was the fact that Rhyner was “straight,” and had never “made ‘explicit or implicit proposals of sexual activity[]” toward Roberts. Rhyner simply had not engaged in harassment because of Roberts’ sex, as required under Title VII.

The Fourth Circuit rejected the trial court’s exacting application of Title VII and Oncale. Actionable same-sex sexual harassment under Title VII does not require evidence that the harasser was gay, hostile to the presence of other men in the workforce, or treated women differently. Discriminatory behavior “because of sex” that can violate Title VII is much broader, according to the Fourth Circuit. It also includes discrimination based on sex stereotyping, actual or perceived sexual orientation or transgender status, and other circumstances where the plaintiff “was perceived as not conforming to traditional male stereotypes” the court stated, relying on the Supreme Court’s decision in 2020 in Bostock v. Clayton County, Georgia.

Applying the same rationale, the Fourth Circuit also concluded that Rhyner’s physical assaults of Roberts, while not overtly sexual, still could be used as evidence of a hostile environment based on sex. Actionable discrimination includes conduct “because of the victim’s gender,” and is not limited merely to conduct of a “sexual nature.” The trial court should have considered whether Rhyner’s physical assaults on Roberts were a part of a pattern of objectionable, sex-based discriminatory treatment.

A clear reminder for employers from the Fourth Circuit’s decision in Roberts is to take seriously an employee’s complaints of sexual harassment or physical assault, even if the complaining employee and the supervisor alleged to be the perpetrator are of the same sex. An employer can become vicariously liable by ignoring the actions of a supervisor who engages in unwelcome harassment that is sufficiently severe or pervasive to alter the conditions of the complaining employee’s employment. Similar employer liability can attach for sexual harassment of an employee by a non-supervisory co-worker, or a third party, such as a customer or vendor.

Following the EEOC’s guidance, employers should (1) encourage employees to report harassment to management before it becomes severe or pervasive, (2) designate one or more individuals to receive such complaints, (3) establish clear safeguards against retaliation, (4) conduct a prompt, thorough and impartial investigation of all allegations of harassment; and (5) take appropriate action to remediate acts of harassment.

If you have questions about your policies and practices to ensure compliance with this decision, please contact Doug Taylor, at rdougtaylor@beankinney.com or (703) 525-4000.