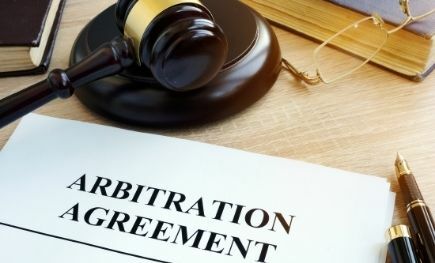 Ar*bi*tra*tion – is a procedure in which the parties opt for a private dispute resolution, instead of going to court, by submitting the dispute to one or more arbitrators to make a binding decision.

Certain businesses routinely utilize employment arbitration agreements, finding them to be an effective means of dealing with the uncertainties of workforce disputes that may arise during employment or after it ends.

Arbitration may be beneficial in managing workforce risks because it:

(1) can lead to a much faster outcome;

(2) is often less formal and viewed as fairer, in some quarters, than litigation;

(3) allows the parties to select an arbitrator of their own choosing;

(4) can be less expensive to resolve the dispute; and

(5) results with the arbitrator’s decision as almost always a final decision.

The finality of an arbitrator’s decision was a core issue before the U.S. Fourth Circuit Court of Appeals recently in Beckley Oncology Assocs. v. Abumasmah, Case No. 19-1751, 2021 U.S. App. LEXIS 10152 (4th Cir. Apr. 8, 2021). Beckley Oncology Associates (BOA) included a provision in its employment agreement with Rami Abumasmah, one its oncologists, which required BOA and Dr. Abumasmah to arbitrate all employment-related “disputes, controversies and disagreements” between them. The parties further agreed that the arbitrator’s decision would be “final and conclusive and enforceable in any court of competent jurisdiction without any right of judicial review or appeal.”

BOA appealed the district court’s decision. Determinative of the appeal was the Fourth Circuit’s answer to the question of whether the arbitration agreement between BOA and Dr. Abumasmah could validly waive “any right of . . . appeal” of the district court’s decision. In a matter of first impression for the Fourth Circuit, the court found the arbitration provision was valid and enforceable under the Federal Arbitration Act (FAA), which is controlling; BOA had clearly waived all right of appeal.

Recognition of BOA’s voluntary waiver of its appeal rights is consistent with the FAA’s fundamental policy objectives, according to the Fourth Circuit, which are “the quick resolution of disputes and the avoidance of the expense and delay associated with litigation.” While the parties are not free to waive all judicial review of an arbitration award, the FAA clearly contemplates that they are “free to waive [all] appellate review of the district court’s decision confirming or vacating the award.”

The Fourth Circuit has made it clear that parties are free to preclude appellate review of arbitration awards. Given all of the potential benefits of resolving employment-related disputes privately through arbitration, which can be quicker and more cost-effective than litigation, now may be the time for Virginia employers to consider adding arbitration agreements as a part of the onboarding process for new employees and for existing workforce relationships. However, creating an effective arbitration agreement can be nuanced, and careful legal review is recommended.

If you have questions about your policies and practices to ensure compliance with this decision, please contact Doug Taylor, at rdougtaylor@beankinney.com or (703) 525-4000.