Freedom of Speech or Freedom from Defamation? – 5 Takeaways from Yelp’s Recent Court Victory

Freedom of Speech or Freedom from Defamation? – 5 Takeaways from Yelp’s Recent Court Victory 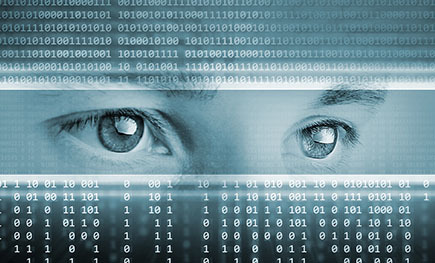 Earlier this month, California’s highest court ruled that Yelp did not have to remove defamatory posts despite having been ordered to do so. In the plurality opinion, the California Supreme Court held in Hassell v. Bird that Section 230 of the Communications Decency Act of 1996 (“CDA”) immunized Yelp from the “take-down” order.1

The Hassell case started with lawyer Dawn Hassell suing ex-client Ava Bird for defamation. Bird–using a pseudonym, but otherwise giving away her identity–had posted negative comments about Hassell’s legal service on Yelp. Bird did not defend against the suit and Hassell obtained a default judgment. That judgment included language requiring Yelp, who was not named as a party in the suit, to remove the negative posts. At the trial and intermediate-appellate courts, Yelp unsuccessfully sought to set aside the take-down order on the grounds that Yelp was denied due process and immunity protections under Section 230 of the CDA. For Yelp, third time was the charm: on appeal to the highest court in California, and re-asserting the same arguments as those raised in the lower courts, Yelp succeeded in setting aside the take-down order.

Here are five takeaways from Hassell:

1. Another win for online speech.

In line with the great majority of courts, the plurality held that Section 230 confers broad immunity against defamation liability for “providers or users of interactive computer services” (e.g., internet service providers, review websites, social media platforms) who publish content of another. This immunity extends protection not only against monetary damages, but also for injunctive relief like take-down orders.

The plurality held that enforcing a defamation judgment against a non-party internet “provider or user” is effectively the same as a prohibited direct defamation suit against the provider or user. The enforcement action still treats the provider/user as the publisher or speaker of another’s content, in violation of Section 230:

“Even though plaintiffs did not name Yelp as a defendant, their action ultimately treats it as ‘the publisher or speaker of … information provided by another information content provider.’ With the removal order, plaintiffs seek to overrule Yelp’s decision to publish the three challenged reviews.”2

3. The defamer remains on the hook.

Despite the internet provider/user’s immunity under Section 230, the plurality noted that the defamed is not without a remedy: the defamed can still enforce the defamation judgment against the defamer. When a judgment requires the defamer to take steps to remove the defamatory posts, the defamed may seek to hold the defamer in contempt (and maybe imprisoned, depending on state law) for non-compliance.

4. It would take an act of Congress to change the result.

5. The defamed have their supporters.

The dissenters in this 4-3 decision pushed back on the notion that Section 230 protects an internet provider/user from a take-down order of adjudicated defamatory speech. In their view, by complying with such an order, the provider/user is not defending its editorial decisions or suffering any liability in the form of monetary damages. Additionally, in their opinion Section 230’s immunity provision that “[n]o cause of action may be brought and no liability may be imposed under any State or local law that is inconsistent with this section” does not apply. Rather, they argued that the provider/user is being asked “not to violate or assist in circumventing the injunction against the [defamer], but that does not impose a legal obligation upon [the user] that treats it as a publisher or speaker of third party content.”3

Moreover, the dissenters believed that active–not passive–internet providers or users could aid, abet, or act in concert with the defamer to violate a take-down order, and in that circumstance of an “entanglement of interests,” Section 230 shouldn’t protect the provider/user from a take-down order. While the plurality declined to consider these hypothetical scenarios, they observed that:

“section 230 immunity is broad – not all-encompassing. We recognized, for example, that at some point, active involvement in the creation of a defamatory Internet posting would expose an otherwise immunized defendant to liability as an original source.”4

Hassell represents the classic fight between freedom of speech and freedom from defamation. On the one hand, Hassell affirms the strength of online speech and protection of internet providers/users who wish to exchange information over the internet:

“The imposition of tort liability on service providers for the communications of others represented, for Congress, simply another form of intrusive government regulation of speech. Section 230 was enacted, in part, to maintain the robust nature of Internet communication and, accordingly, to keep government interference in the medium to a minimum.”5

On the other hand, Hassell weakens the ability of the defamed to secure a complete remedy where the defamer is unable or unwilling to take down his or her offending speech, under what dissenting Justice Cuellar called Section 230’s “reckless declaration of the independence of cyberspace.”6