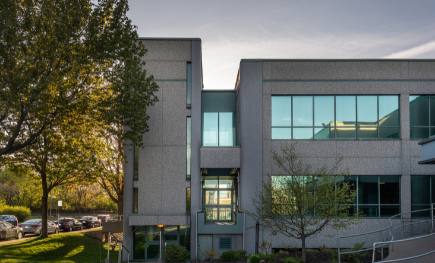 What Happens if my Employees Move Out of a HUBZone After Certification? What Happens If my Business Merges with Another Company?

Once certified, a HUBZone contractor must monitor the residences of its employees to ensure compliance with the Small Business Administration’s regulations. Because employees move – and not necessarily with the approval of their employers! – the regulations allow for some flexibility once an employee establishes a residence in a HUBZone and later moves.

If an employee lived in a HUBZone for at least 180 days after the certification of the HUBZone contractor, then such employee will continue to count as a HUBZone resident, including for recertification purposes, even if they subsequently move outside of a HUBZone.

However, if the employee moved outside of a HUBZone prior to 180 days after the certification of the HUBZone contractor, the employee will not be counted as a HUBZone resident for recertification. Thus, the business must “attempt to maintain” their 35% status by seeking out additional employees. If a HUBZone certified business falls below 20% total employees residing in a HUBZone, they will be deemed to have failed to “attempt to maintain” the residency requirement. Additionally, if the business drops below the 20% mark, they must notify SBA within 30 days.

If a HUBZone business acquires, is acquired by, or mergers with another firm after certification, the business must notify SBA within 30 days of the transaction becoming final. To remain HUBZone certified, the merged business must be able to demonstrate to the SBA that it continues to meet the HUBZone eligibility requirements, including being U.S. citizen owned, maintaining a principal place of business in a HUBZone, and attempting to maintain at least 35% employees living in a HUBZone.

Protests : Who May (and how to) Protest a Proposed Awardee’s Status as a HUBZone Certified Business?

The government’s Historically Underutilized Business Zone program (HUBZone) is intended to promote small businesses in urban and rural areas. HUBZone firms must meet certain requirements regarding the percentage of employee residences in a HUBZone and maintaining a “principal office” in a HUBZone. Additionally, HUBZone firms must be small for their applicable NAICS code.

In the event you lose out on a HUBZone award and believe that the winning bidder failed to meet any of the requirements, you may be able to protest the award and have the contract award overturned.

To do so, the interested party must submit a written protest to the contracting officer, setting forth specific facts and allegations to support their claim. The written protest must be submitted within five (5) business days after notification of the successful offeror, or in the case of a sealed bid, within five (5) business days after bid opening.

Appeals regarding the SBA’s determination may be made to the Associate Administrator, Office of Government Contracting & Business Development.

Do a Firm’s Affiliates Affect HUBZone Eligibility based on Size and Employees Residing in HUBZones?

The affiliates of a business also affect consideration of what percentage of employees live within a HUBZone. Employees of an affiliate may be considered employees, if the totality of the circumstances shows that there is no clear line of facture between the HUBZone applicant and its affiliate(s). This is a critical consideration when a HUBZone applicant (or re-certifying HUBZone business) is ensuring they employ at least 35% of individuals living in a HUBZone.

If you need assistance or have questions regarding HUBZone compliance, please contact Harrison Clinton at (703) 526-5587 or hclinton@beankinney.com or your current Bean, Kinney & Korman attorney.