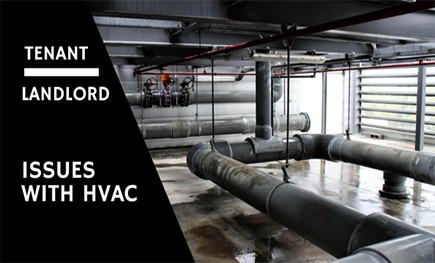 Part 1 of this piece can be accessed here.

As mentioned above, the law is evolving to place greater obligations on landlords with respect to maintenance and repair. The landlords strike back by including onerous provisions in their commercial lease forms. Maintenance and repair of specialty improvements is no different. The form lease document, unless negotiated and revised by tenant’s counsel, will provide that the tenant is responsible for any specialty systems installed by or for tenant and exclusively serving the tenant. Tenants with complex data storage needs are often surprised to learn of the high cost of maintenance and repair. For example, some tenants may be surprised to learn of the expenses associated with older halon fire suppression systems that are increasingly obsolete, expensive to repair and even more expensive to remove.

An even more contentious provision with respect to specialty improvements is the obligation to remove them at the expiration of the lease term. Generally, the typical landlord-authored lease form requires that the tenant surrender the premises in the same condition as received from landlord, reasonable wear and tear excepted. Landlords are normally given the further flexibility to designate at their convenience which improvements can remain on the premises after expiration. From a practical standpoint, landlords are normally happy to allow the standard office leasehold improvements (e.g., interior office demising walls, cubicles, conference rooms, standard flooring, etc.) to remain on the premises upon the expiration of the term.

Even if such improvements were installed by or on behalf of the tenant, the premises are more valuable with those improvements in place and the landlord is saved the cost of paying for their installation again. But for the non-standard leasehold improvements, the landlord will normally require that the tenant remove those alterations and return the premises to the condition existing prior to the date of the lease. Exceptions include medical offices for certain purposes (dental offices, for example), where the improvements are costly and in demand, so landlords typically allow those alterations to remain.

While landlords enjoy completely controlling the decision over what alterations stay, it is unfair to larger tenants to not know whether or not they are obligated to remove and restore in connection with their surrender. Larger national tenants will insist on advanced knowledge. The following suggestions for compromise language should make sense for both parties.

First, for the initial tenant improvements installed prior to the commencement of the term, the lease or the work letter should clearly provide, as of the date of the lease, whether or not the tenant is obligated to remove the improvements at the expiration of the term. As discussed above, for typical office improvements, most landlords will agree that no removal is required.

Second, for alterations installed by or on behalf of the tenant during the lease term, the lease should provide that landlord must notify tenant at the time it provides its consent to such alterations, whether or not those later alterations must be removed at the time of surrender. Such a provision, while still giving the landlord the ultimate say, at least protects the tenant by giving them plenty of advance notice for planning and budgeting purposes.

Third, for larger tenants with more leverage, the parties could agree ahead of time which types of future improvements can remain on the premises. An example of this type of provision is as follows:

“Notwithstanding the foregoing, so long as the requested Alterations (i) involve improvements to the Premises which are typical for first-class office buildings; (ii) do not involve changes to the Building Systems or the Building Structure; and (iii) do not involve the installation of raised floors, supplemental HVAC systems or any other “special equipment” in the Premises, Landlord shall not require Tenant to remove such Alterations upon the expiration or earlier termination of the Term which have been approved by Landlord.”

Lastly, the tenant could push for language in the lease that any of tenant’s network cabling can remain in the premises at expiration. Landlords increasingly object to such provisions, arguing that cabling quickly becomes obsolete as technology evolves and is of little use to the next occupant of the space.

It would benefit both landlords and tenants to carefully stipulate in the lease the respective repair, maintenance and surrender obligations with respect to specialty leasehold improvements or exclusive HVAC systems. Disputes are more common when one party is surprised or the when the language is unclear.

Original image courtesy of Aidan – slight changes made for this post