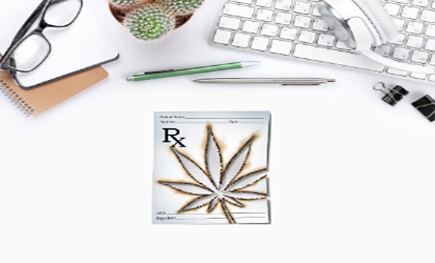 As state laws and public opinion regarding marijuana continue to evolve, employers are confronting a variety of uncertainties about their drug policies. This article discusses marijuana laws and the ramifications of such laws for employers in Virginia, Maryland, and the District of Columbia.

When and where is marijuana use legal?

However, marijuana use remains illegal under the federal Controlled Substances Act, which classifies marijuana as a Schedule 1 illegal drug. The Obama Administration issued several “guidance memos” to federal law enforcement agencies essentially de-prioritizing marijuana enforcement in states that had legalized marijuana. In 2018, the Trump Administration rescinded these memos and returned discretion to the local U.S. Attorneys to determine whether to prosecute marijuana offenses.

The inconsistency between federal and state law, and the federal government’s shifting enforcement policies, create ambiguity for employers and employees alike.

Because marijuana is illegal under federal law, federal contractors must maintain zero-tolerance policies related to marijuana. The Department of Transportation (DOT) has stated that even if marijuana use is legal under state law, safety-sensitive employees subject to DOT drug testing may not use marijuana. However, there is less certainty about drug policies for private employers.

What does the law say about marijuana in Virginia, Maryland, and D.C.?

Each of these jurisdictions has taken steps to legalize marijuana in certain instances, with D.C. being the most permissive, Virginia being the most restrictive, and Maryland falling somewhere in the middle.

In Virginia, marijuana is classified as an illegal drug under the Virginia Drug Control Act, but there is a very narrow exception for individuals with “intractable epilepsy” who use specific forms of medical marijuana. Virginia law does not provide any employment-related protections to marijuana users.

In D.C., medicinal and recreational marijuana use is legal for individuals over age 21. Under the Pre-Employment Marijuana Testing Act of 2015, employers may not test prospective employees for marijuana prior to making a conditional employment offer but may require prospective employees to submit to a drug test after making a conditional offer of employment. Under the Medical Marijuana Program Patient Employment Protection Temporary Amendment Act, which was passed in September 2019, D.C. government agencies cannot fire, refuse to hire, or punish employees for being registered medical marijuana users, but this law does not apply to private employers.

In Maryland, marijuana may be used for medicinal purposes. However, no Maryland law prevents employers from testing for marijuana use or taking adverse employment action based on a positive marijuana test.

How does this impact the workplace?

Even in states where marijuana use is legal, no state permits employees to be under the influence of marijuana in the workplace or protects employees/applicants who use marijuana for recreational purposes.

Some states provide limited protections for employees/applicants who use marijuana for medical purposes (not Virginia or Maryland), and several recent court decisions in states other than Virginia, Maryland, and D.C. (e.g. Rhode Island, Massachusetts, and Connecticut) have recognized that medical marijuana users have certain employment rights.

In Virginia, Maryland, and D.C., private employers may establish their own drug policies (e.g. zero-tolerance, drug-free workplace) and take adverse employment actions against employees who violate these policies (including termination of employment).

May an employer discriminate against an employee based on marijuana use – either for medicinal or recreational purposes – in Virginia, Maryland, and D.C.?

Generally, yes (except for D.C. government agencies). The federal Americans with Disabilities Act (ADA) prohibits employers from discriminating against employees based on disability, but the ADA specifically excludes from its protection individuals “currently engaging in the illegal use of drugs.” Since marijuana use is illegal under federal law, ADA protections do not apply to employees who use marijuana for medicinal purposes.

However, the answer might be different under state law prohibiting discrimination based on disability. If an employee is using medical marijuana for a disability, as permitted by state law, that state’s human rights agency could interpret the state law to prohibit discrimination against that employee based on medical marijuana use, although there is no precedent for this in Virginia, Maryland, or D.C.

Must an employer provide reasonable accommodations to an employee who uses marijuana for medical purposes in Virginia, Maryland, and D.C.?

Generally, no. The ADA requires employers to provide reasonable accommodations to employees with disabilities, but again, the ADA specifically excludes from its protection individuals “currently engaging in the illegal use of drugs.” Since marijuana use is illegal under federal law, ADA protections do not apply to employees who use marijuana for medicinal purposes. Virginia, Maryland, and D.C. laws do not currently require employers to provide reasonable accommodations for medical marijuana use.

What steps should employers take to address changing laws and attitudes about marijuana use?