Ownership Interests in an LLC – The Options are Endless!

Ownership Interests in an LLC – The Options are Endless! 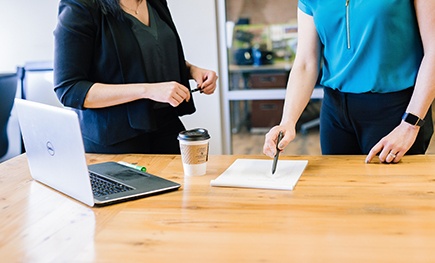 Limited liability companies are entities chartered by the states, that are governed by a contract – typically called an Operating Agreement – among the owners. As a result, the owners/members of the LLC have great flexibility in creating the entity exactly like they want (purple unicorns!), but this can also result in important governance provisions to be forgotten.

One provision frequently missing or incomplete in an Operating Agreement is a clear description of ownership among the members – how much each member owns, any rights and preferences that differ for a member, and a provision to make the ownership divisible into units. In contrast to corporations, LLCs don’t automatically have shares, or units, that are issued to the owners to indicate ownership or the percentage of ownership. A corporation will have a fixed number of shares which can be issued to shareholders and cannot issue more than that number of shares without an amendment to the publicly filed charter. Each corporation must maintain a list of the shareholders and their ownership percentage in their reviewable books and records. Additionally, any differences in the rights and preferences of the stock must be described in a public filing. As a result, it is easy to determine exactly what a shareholder owns and then the percentage ownership of such shareholder.

With LLCs, members own membership interests (sometimes called limited liability company interests) in the Company which are not naturally broken down into units of measure. You simply own a membership interest in the Company and part of your agreement with the other members is to describe what and how much you own. Typically, an Operating Agreement will have a schedule that lists out the ownership percentages, but it could also be included in the text of the Agreement, or in the Company’s books and records.

To make LLCs even more flexible, members can own different types of membership interests or Units. These could be nonvoting interests, or preferred interests, or even nonvoting preferred interests. The rights and preferences of each type of interest should be described in the Operating Agreement along with ownership in such type. Providing for Units can make the issuance of different types of ownership interests easy to describe. For example, the Operating Agreement can provide that the initial Members or “Founders” own the Voting Units but allow for the issuance of a limited number of non-Voting Units to employees or management.

For even more sophisticated investors, the LLC form can segregate investments among the members, and provide for Units that track a certain subset of the LLC’s property. In an LLC that invests in real property, you might have a situation where not every member agrees that a specific investment is a good idea. For example, an LLC owns several Boring Office Buildings, but has a new opportunity to invest in a “Risky Strip Mall” down the street. All of the Members would own the common “Boring Units”, but then some Members could buy additional “Risky Units.” Their investment would go only to the “Risky Investment”, and they would get the profits of the “Risky Investment”, shielding the Members that are just common members from the “Risky Investment.”

It is impossible to describe in this writing all the options available for ownership in a limited liability company. Because of their incredibly flexible nature, LLCs make the perfect entity for sophisticated business arrangements. But remember to describe the ownership properly – who are the owners and how much do they own – and be specific about any special rights or preferences that differentiate members. Neither the LLC statute nor a public filing (like corporations have), will provide guidance if you forget to include this information in your Operating Agreement.