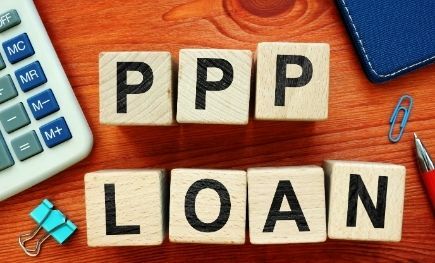 Many have been waiting for the federal government to pass additional COVID-19 economic stimulus legislation. Those who have a had a particular interest in Congress’s activities include small businesses and lenders who received or lent Paycheck Protection Program (“PPP”) Loans under the CARES Act. Now, more than four months after the last application under the original PPP was accepted, the federal government has passed a bi-partisan COVID-19 stimulus package that contains an extension and modification of the original PPP, which is called the “second draw” program. This note provides a brief overview of the terms of the “second draw” program and a comparison of second draw loans to original PPP loans.

Perhaps the biggest difference between the original PPP and the “second draw” program is that the standards for borrower eligibility are stricter for second draw loans. Unlike the original PPP, under which any business with 500 or fewer employees that had a reasonable belief of facing economic uncertainty due to COVID-19 could qualify, the second draw program limits eligibility to businesses with (a) 300 or fewer employees and (b) that had gross receipts during any calendar quarter in 2020 decline by 25 percent or more, as compared to the same quarter in 2019 (provided that the borrower’s application is submitted after January 1, 2021 and was operational during 2019, otherwise, alternative rules apply). The intent of this change appears to be to limit PPP funds to only those businesses that faced actual economic hardship in 2020, as compared to those that merely contemplated possible hardship.

Additionally, the following kinds of businesses have been expressly carved out of eligibility for second draw PPP loans: (i) banks and financial institutions; (ii) lobbying, political, and “think tank” businesses; (iii) any business that is organized under the laws of China or Hong Kong, has “significant operations” in China or Hong Kong, owns 20% or more of any Chinese or Hong Kong business, or has a board of director member who resides in China or Hong Kong, and (iv) any businesses that receives a grant under the “Economic Aid to Hard-Hit Small Businesses, Nonprofits, and Venues Act,” (which is a new program that provides aid to live venue operators and promoters, theater producers, live performing arts operators, museums, movie theaters, and talent representatives).

As with the original PPP, non-profits and religious organizations are eligible for second draw loans, provided they meet the other qualifications related to gross receipts and employee count.

The second draw program also adds a provision to provide for faster and more simplified processing for loans not exceeding $150,000. For these smaller loans, a business need only submit a certification attesting that it suffered sufficient revenue decline, and it need not produce actual documentation of such decline until it applies for loan forgiveness. As discussed below, lenders are appropriately protected for relying on such duly provided certifications.

The formula for determining the proper amount of second draw loans is essentially the same as the formula for the original PPP, with the notable exception that the maximum loan amount for most businesses is capped at $2,000,000 (instead of $10,000,000). A qualifying business may obtain a second draw loan equal to 2.5 times its average historical monthly payroll costs or $2,000,000, whichever is less. The historical average payroll costs may be calculated, at the election of the borrower, based on (a) the one-year period prior to obtaining the second draw loan or (b) the 2019 calendar year. As with the original PPP, there are special formulas for seasonal employers and businesses that were not operational during all of 2020. Additionally, many types of food service and restaurant businesses are permitted to obtain loans up to 3.5 times their historical average monthly payroll costs (instead of 2.5 times). The affiliate and multiple location rules of the original PPP remain unchanged in the second draw program.

The second draw program adds additional types of qualifying expenses that may be eligible for loan forgiveness. As with the original PPP, payroll costs (including salary, bonuses, health insurance and similar benefits, and state and local payroll taxes) up to a maximum annual salary of $100,000 per employee, are eligible to count towards loan forgiveness. Mortgage interest, rent, and utility expenses also still qualify for forgiveness, up to certain levels. However, the second draw program adds the following new categories of expenses that may qualify for loan forgiveness: (i) “covered operations expenditures,” which are defined as payments for computer software that is used for business operations, payroll processing, sales and billing, accounting, and/or tracking of inventory and records; (ii) “covered property damage costs,” which include costs incurred in connection with “vandalism or looting due to public disturbances that occurred during 2020,” which were not covered by insurance or other compensation; (iii) “covered supplier costs,” which include expenses made to a supplier under a contract entered into prior to the eligible loan forgiveness period or with respect to “perishable goods,” and (iv) “covered worker protection expenditures,” which are defined as capital expenditures made for the purpose of complying with requirements or guidance of the federal, state, or local governments with respect to sanitation, social distancing, or any worker or customer safety requirement with respect to COVID-19. Congress has provided the following examples of purchases that would qualify for qualified “covered worker protection expenditures”: (a) drive-through window facilities; (b) ventilation systems; (c) physical barriers, such as sneeze guards; (d) expansion of physical space indoors or outdoors; (e) health screening systems; and (f) PPE, including masks and gloves.

The calculation for loan forgiveness under the second draw program is essentially the same as under the original PPP. At least 60% of second draw loan proceeds must be used towards eligible payroll costs for the business to qualify for full forgiveness. Under the second draw program, covered operations expenditures, covered property damage costs, covered supplier costs, and covered worker protection expenditures (each as defined above) may comprise the other 40% of eligible expenses qualifying for loan forgiveness, in addition to covered mortgage interest, rent, and utility payments.

Under the second draw program, the “covered period” to spend loan proceeds to qualify for forgiveness is slightly different. Now, instead of a mandatory 24-week covered period, a borrower may select the length of the covered period, so long as it lasts no less than 8 and no more than 24 weeks.

The second draw program appears to rely on the same general process for processing loan forgiveness as compared to the original PPP. A borrower will need to submit a forgiveness application to its lender, with appropriate documentation, and the lender will then decide to grant or deny such forgiveness. Final approval or denial of forgiveness is then given by the SBA. Congress has required the Treasury Department to issue a simplified forgiveness application form for loans of $150,000 or less that shall be no more than one page and require only minimal information related to employee count.

It is expected that regulations will be issued by the Treasury Department in the coming weeks to clarify the impact of the second draw program on the mechanics of the loan forgiveness process.

The second draw program does not modify the terms for PPP loans established by the original PPP. As such, the maximum interest rate on all second draw loans is 1%. Additionally, payments are deferred on all second draw loans until a decision on loan forgiveness is rendered. (Note: as of the date of this writing, it is not clear how, or to what extent, the time for a borrower to submit its loan forgiveness application may be modified by Treasury Department regulations. Under the original PPP, a borrower had 10 months after the expiration of its 24-week “covered period” to submit a forgiveness application).

If you have questions or need any assistance concerning the new round of PPP funding, please contact Blake Frieman at (703) 526-4714 or bfrieman@beankinney.com.