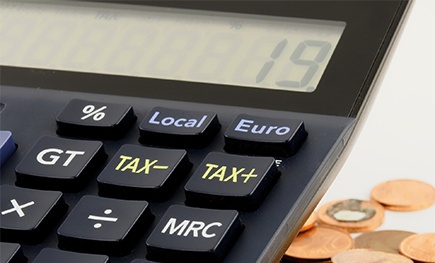 Purchase price allocation and timing of payments are two of the issues to consider when structuring an asset sale or purchase of a business. The tax consequences can be enormous if company assets aren’t allocated strategically.

Consider this scenario based on an actual client. John is an entrepreneur who starts a roofing company. John works very hard and builds up his business over the next seven years so that it is generating $500,000 per year. John is approached by a national roofing company that wants to buy his business for $1,000,000, plus an earn out of $500,000 for the next 12 months and a promise that John will not compete with the sold business.

John hires a corporate attorney to draft up the contract. The national roofing company has in-house counsel who requires an asset sale of the business because they do not want to be responsible for any of John’s liabilities.

In drafting the asset purchase agreement, John’s counsel initially does not consult a tax attorney and allocates the purchase price without putting much thought into the allocation. Counsel allocates $200,000 to the non-compete, $200,000 to equipment and $600,000 to goodwill.

In this situation, John would likely pay ordinary income tax at around 35% for the non-compete, 35% for any recapture amount for the equipment – which is likely the entire $200,000 – and 35% on the earn out royalties. John would pay capital gains tax at 15% on the going concern and goodwill. Hence, we can estimate John would pay about $405,000 in taxes at an effective rate of 27%. This would have been an unfortunate tax result in which a significant amount of taxes could have been saved.

Luckily, John’s counsel consulted with a tax attorney, and the scenario ended up looking very differently.

First, the allocation was structured to more precisely reflect the types of assets being transferred with an eye on being more tax effective. This can be done despite the seller and purchaser generally having competing interests in the allocation. As long as the parties agree to the allocation, the IRS will respect the parties’ written agreement, unless it is “not appropriate.” Second, the arrangement was structured as an installment sale instead of an earn out of a royalty, which is characterized as ordinary income.

In John’s case, the initial allocation of the non-compete and equipment was significantly overvalued. Instead, considerable value should have been placed on intangible property being transferred – like the fact that John was transferring customer lists, supplier lists, and such – and on the business as a going concern. Additionally, too much value was placed on goodwill, making it likely that the IRS would find it as being “not appropriate.”

After reviewing the details of the sale of John’s business, tax counsel instead allocated:

Additionally, tax counsel structured the entire earn out as an installment sale. Accordingly, John ended up paying $235,000 in taxes at a 15.7% effective rate. The work of tax counsel saved $180,000, or over 11% on the transaction while keeping the same economics.

Now, this is an oversimplified example for readability and there are certain forms that must be completed and filed, but the example is generally applicable to the asset sale of any business. Furthermore, purchasers can also benefit significantly from a tax-effective allocation. Many times the tax considerations put sellers and purchasers at odds with each other, so it is very important to understand the tax considerations whenever engaging in an asset sale.

Bean, Kinney & Korman understands these issues and can help you structure your transactions so that they are most tax effective.