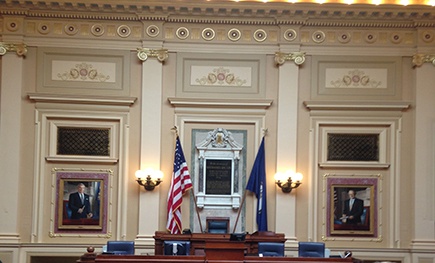 Legislation recently signed by Governor Ralph Northam reflects Virginia’s intent to crack down on employers misclassifying workers as independent contractors instead of employees. This legislation follows a November 2019 report issued by the Virginia Inter-Agency Taskforce of Misclassification and Payroll Fraud, which estimated that Virginia loses as much as $28 million per year in state income tax collection due to misclassification.

House Bill 984 and Senate Bill 894, which take effect on July 1, 2020, give Virginia workers a private right of action against employers for misclassifying employees as independent contractors. Under the new law, an employer who had knowledge of the misclassification can be liable for damages in the form of lost wages/salary (including overtime), benefits (including expenses incurred by the employee that would otherwise have been covered by insurance), other lost compensation, and attorneys’ fees and costs. Significantly, the new law creates a presumption that a worker is an employee unless the employer can establish that the worker is an independent contractor based on Internal Revenue Service guidelines.

House Bill 1646, also effective on July 1, 2020, specifically requires contractors to appropriately classify workers as employees or independent contractors and allows the Board of Contractors to sanction contractors for misclassification, including by revoking contractor licenses.

House Bill 1407 and Senate Bill 744, which take effect on January 1, 2021, give the Virginia Department of Taxation the authority to investigate and assess civil penalties against employers who misclassify employees as independent contractors.

Finally, House Bill 1199 and Senate Bill 662, effective July 1, 2020, prohibit an employer from retaliating against a worker for reporting, in good faith and based on a reasonable belief that the information supplied is correct, that an employer misclassified workers and failed to provide benefits and other contributions. This law also empowers the Virginia Department of Labor and Industry to investigate such retaliation claims and order the employer to reinstate the worker, pay lost wages, and pay a civil penalty equal to the lost wages.

General Contractors Are Liable for Subcontractors’ Failure to Pay Wages

This new law only applies if (1) the general contractor knew or should have known that the subcontractor was not paying its employees all wages owed; (2) the construction contract relates to a project other than a single family residential project; and (3) the value of the project (or an aggregate of projects under one construction contract) is greater than $500,000.

It is advisable for general contractors doing business in Virginia to review their contracts to ensure that they include adequate indemnification provisions to address the subcontractor’s failure to pay its employees.

Questions About the New Laws

If you have questions about or need assistance with the new laws, please contact Maureen Carr at mcarr@beankinney.com.