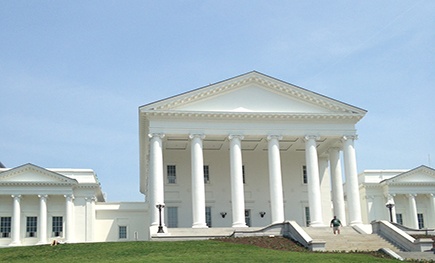 We will be publishing additional updates on these and other new Virginia employment laws, which essentially redefine the workplace for both Virginia employers and employees.

Employee Protections for Non-Payment of Wages

House Bill 123 provides Virginia employees with a private right of action against an employer for failure to pay earned wages when due. With the new law, employees, both individually and collectively, have the right to proceed directly to court to seek the recovery of unpaid wages. The change has significant consequences for Virginia employers. Until now, Virginia employees did not have the right to sue their employers directly for non-payment of wages. Rather, the only recourse to claim unpaid wages was to file a complaint with the Virginia Department of Labor, which was viewed by many as slow to respond or unresponsive.

The new wage payment and collection law also exposes Virginia employers to enhanced damages over and above the principal amount of unpaid wages. It allows for the potential recovery of (1) the amount of wages due, (2) 8% interest from the date the wages were due, (3) an additional amount as liquidated damages, and (4) reasonable attorney fees and costs, if the court finds that the employer knowingly failed to pay wages. In addition, if the court finds that the employer’s failure to pay wages was willful and with intent to defraud the employee, the court is authorized to award the employee triple the amount of wages due and reasonable attorney fees and costs. Employers also may be subject to a civil penalty of up to $1,000 for each violation.

Virginia has always viewed restrictive covenants, including non-compete agreements, skeptically as unfair restraints on trade. However, employers have widely relied on well-drafted restrictions on competition as a means of protecting against employee misuse of client relationships and opportunities to start a competing business, for example. Now, with the passage of House Bill 330 and Senate Bill 480, Virginia employers will not be able to enter, enforce, or threaten to enforce a covenant not to compete with a “low-wage employee.”

The provisions of the bill are applicable to covenants not to compete entered on or after July 1, 2020.

A “covenant not to compete” is broadly defined in the new law as “an agreement that restrains, prohibits, or otherwise restricts an individual’s ability to compete with his former employer.”

The bill allows a low-wage employee subject to a covenant not to compete to bring a civil action against an employer for appropriate relief, which includes enjoining the conduct of the employer, the recovery of liquidated damages, lost compensation, and reasonable attorney fees and costs, including expert witness fees. The bill provides that if the court finds a violation of the bill’s provisions, the plaintiff is entitled to recover reasonable costs, including reasonable fees for expert witnesses, and attorneys’ fees.

Employers are required to post in the workplace a notice of the prohibition or a summary of the notice approved by the Department of Labor and Industry and provides that an employer is subject to a warning for a first offense and to a civil penalty for a subsequent offense for failure to post such notice or approved summary.

New Protections against Workplace Discrimination Based on Sexual Orientation, Gender Identity, and Pregnancy

House Bill 1049 and Senate Bill 868 expanded protections against employment discrimination under the Virginia Human Rights Act (VHRA) to include “sexual orientation” and “gender identity.” The VHRA also prohibits employment discrimination “on the basis of race, color, religion, national origin, sex, pregnancy, childbirth or related medical conditions, age, marital status or disability . . .” Under a separate bill signed into law by Governor Northam last month, “[g]ender identity” means the “gender-related identity, appearance, or other gender-related characteristics of an individual, without regard to the individual’s designated sex at birth.” “Sexual orientation” was defined as “a person’s actual or perceived heterosexuality, bisexuality, or homosexuality.” The changes will become effective as of July 1, 2020.

Importantly, the bill includes some technical amendments to existing Virginia law that, even if not directly related to the bill’s primary purpose of expanding workplace discrimination protections, dramatically expand the private right of action available to employees claiming such discrimination. Until now, the VHRA has been applicable only to employers with at least 5, but fewer than 15, employees (for age discrimination only, up to 20 employees). At the 15-employee level, federal antidiscrimination laws, including Title VII of the Civil Rights Act of 1964, become applicable. As of July 1, 2020, however, the VHRA’s coverage is expanded to prohibit employers with 15 or more employees from unlawful employment practices on the basis identified in the previous paragraph. The new law does not expand coverage age discrimination, which is still limited to employers with fewer than 20 employees.

An expected consequence for Virginia employers of the expanded applicability of employment discrimination restrictions to include all employers with more than 5 employees, will be an increase in the number of discrimination lawsuits filed against them in Virginia state courts. There, cases are more likely to go to a jury because of procedural rules that limit the ability of courts to dismiss cases on summary judgment. Potential damages are extensive under the VHRA, including compensatory damages, which, unlike federal law, are uncapped, punitive damages of up to $350,000, and other potential damages for back pay, front pay, and for emotional distress.

In addition to the expansive protections above, House Bill 827 and Senate Bill 712, further amend the VHRA to provide workers with protections from discrimination in employment on the basis of pregnancy, childbirth or related medical conditions, and lactation. The new law further requires employers to provide reasonable accommodations for pregnancy and childbirth and creates a private right of action for employees to claim workplace pregnancy discrimination.

Finally, note that employers are required to post in a conspicuous location, and include in any employee handbook, information concerning the prohibition on discrimination based on pregnancy, child birth, or related medical conditions, and the employee’s rights to reasonable accommodation for known limitations related to pregnancy, childbirth, or related medical conditions. Employers also must provide this information to new employees upon commencement of their employment, and within ten days to any employee who provides notice that she is pregnant.

The bill creates a private right of action for any employee who has experienced retaliation as a result of a protected whistleblower disclosure described above. That includes the right to bring a civil action in a court of competent jurisdiction within one year of the employer’s prohibited retaliatory action.

Whistleblower retaliation damages are also defined by the new law. In particular, a court may order as a remedy to the employee (i) an injunction to restrain the employer’s continued violation of this section, (ii) the reinstatement of the employee to the same position held before the retaliatory action or to an equivalent position, and (iii) recompense for lost wages, benefits, and other remuneration, interest on such amounts, as well as the recovery of reasonable attorney fees and costs of litigation.

Additional Questions About the New Laws

We will be providing additional updates regarding the new Virginia employment laws. If you have questions about, or need assistance with, the new laws, please contact Doug Taylor at (703) 525-4000 or rdougtaylor@beankinney.com.