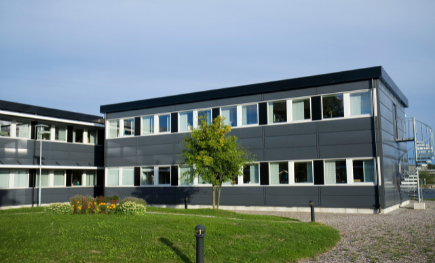 Intended to fuel small business growth in historically underutilized geographic areas, the government set a goal of awarding at least 3% of federal contract dollars to Historically Underutilized Business Zone (HUBZone) certified companies that operate and employ residents of those areas each year. The program is beneficial for small businesses because, once certified, contracting officers may make sole-source awards to HUBZone contractors, and can receive a price preference on full and open contract competition.

So, how does my business become HUBZone certified? The application process requires strict compliance with federal regulations, specifically, 13 CFR Pt. 126.

First, the business must be a “small business” per the United States Small Business Administration (SBA) standards depending on the industry classification of your business and the North American Industry Classification System code (NAICS).

Second, the business must be at least 51% owned and controlled by U.S. citizens, a Community Development Corporation, an agricultural cooperative, an Alaska Native corporation, a Native Hawaiian organization, or an Indian tribe.

Third, the business must have its principal office in a HUBZone. The SBA has created an easy tool to determine which geographic areas qualify as HUBZones. The SBA “froze” the current HUBZone map until June 30, 2023, so contractors can be assured of compliance until then.

A “principal office” is where the greatest number of employees at any one location perform their work. Notably, a virtual office within a HUBZone can qualify.

Finally, the business must have at least 35% of its employees living in a HUBZone for at least 180 days prior to the date of application.

And that’s it! The good news is, with the help of experienced counsel, applying for and obtaining HUBZone certification can be a painless, and ultimately a revenue-generating, process. Pursuant to the regulations, the SBA is required to make a determination regarding certification within 60 days of receipt of a complete package (though, due to COVID backlogs, SBA has had difficulty meeting their 60-day deadline).

Maintaining HUBZone Status Post-Certification: Now that We are Certified, Are There Ongoing Requirements to Maintain HUBZone status? (Hint: yes)

Once certified, a HUBZone contractor may not simply coast. Instead, the regulations have continuing requirements which permit HUBZone businesses to continue taking advantage of the preferential treatment for receiving federal government contracts.

While HUBZone contractors have some flexibility if HUBZone resident employees move or quit, contractors must “attempt to maintain” an employee base with at least 35% living in a HUBZone. This includes making substantive and documented efforts to maintain the 35% (e.g., written offers of employment, published advertisements, or attendance at job fairs).

If a HUBZone business ever drops below 20% of its total employees residing in a HUBZone, it must notify SBA within 30 days, at which point it will be deemed to have failed to “attempt to maintain” the residency requirement. The HUBZone certified business may be decertified at that point.

If you need assistance or have questions regarding HUBZone certification, please contact Harrison Clinton at (703) 526-5587 or hclinton@beankinney.com or your current Bean, Kinney & Korman attorney.