What Is Sexual Harassment in the Workplace?

What Is Sexual Harassment in the Workplace? 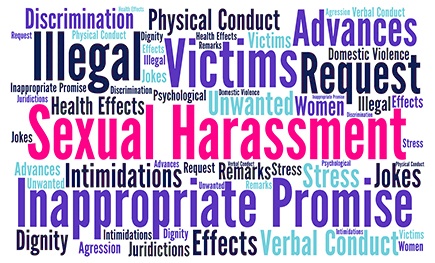 The following chart illustrates what is and is not sexual harassment:

There is no federal “sexual harassment” statute per se, but claims arise under Title VII of the Civil Rights Act of 1964, which prohibits discrimination based on various protected classes, including sex.

The definition of “sex” has evolved since the Civil Rights Act was passed in 1964. The current trend is to include sexual orientation, sex stereotyping (i.e. preconceived ideas about how an individual should be, look, and behave based on gender), and gender identity (e.g. bisexual, transgender, pangender) in the definition of sex – although the federal courts have not yet recognized gender identity as a subset of sex.

Sexual harassment can be perpetrated by employees at all levels (although quid pro quo harassment must involve harassment by a supervisor), by non-employees such as customers, vendors, and contractors, and by members of the same or opposite sex. Victims of sexual harassment can include the individual targeted by a harassing statement or action and witnesses who are not directly targeted.

A subsequent blog post will discuss what steps an employer can take to avoid liability for sexual harassment.