What’s Up When the Government is Shutdown: Employment Issues for Contractors

What’s Up When the Government is Shutdown: Employment Issues for Contractors 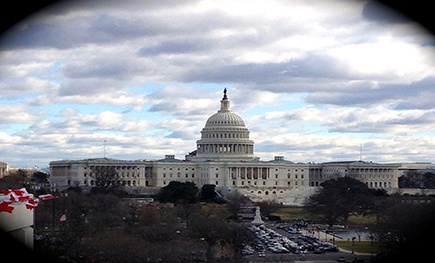 The partial federal government shutdown appears likely to continue into a second week, with no agreement on funding for the Department of Homeland Security, State Department, Justice Department and Interior Department, among other federal departments and agencies. For a second time this year, government contractors face the challenge of complying with a complex set of federal and state employment laws, while their federal contract work and workers remain idle. This article briefly identifies some of the issues affecting government contractors during the shutdown and provides guidance on how to navigate the issues.

Government contractors are still required to comply with federal and state wage-hour laws, even though their contract work has come to a stop. The federal Fair Labor Standards Act (“FLSA”) requires employers to pay at least the federal minimum wage to non-exempt employees in the U.S. for all hours worked, and overtime for hours in a week over 40. Accounting for a non-exempt employee’s wages is relatively straightforward: the non-exempt worker must be paid only for the hours actually worked in a week.

The accounting is more nuanced, however, for an employee who is exempt from overtime under the FLSA. Exempt employees must be paid a minimum of $455 per week, for any week in which the exempt employee performs anything more than de minimis work. No pay is required for weeks in which an exempt employee performs no work at all. For example, an exempt employee who responds to emails or telephone calls from home one morning during the shutdown would be entitled to receive the employee’s usual full salary for that week. This would hold true even if the employee did not perform additional work during the rest of the week.

As a result, some government contractors have begun disabling company-provided electronic devices in an effort to make it more difficult for employees to engage in sporadic, unintended work during a government shutdown. Contractors may also require employees to utilize accrued paid time off during shutdown weeks. While the FLSA permits mandated use of PTO during a shutdown or furlough, the practice can run afoul of applicable state and local laws and should be reviewed with legal counsel prior to implementation.

Employee Benefits during a Shutdown

Depending on relevant state law, employees may be eligible to claim unemployment benefits during the federal government shutdown.

Government contractors should carefully review the terms of their health insurance plan to see whether, or to what extent, a government shutdown could affect coverage or trigger a COBRA qualifying event.

Under the federal WARN Act, an employer with more than one hundred employees must provide its workers and state and local officials with sixty days’ notice of a pending plant closure or mass layoff, which typically occurs when fifty or more employees at a single site are terminated or are laid off for more than six months (or have their hours reduced by more than half over a six month period). A failure to provide the required notice can subject a covered employer to significant penalties, unless the failure was due to circumstances not reasonably foreseeable at the time that notice would have been required. Notice should be provided, however, as soon as the notice-triggering event becomes foreseeable.

The E-Verify system likely will not be available during the government shutdown. Even so, government contractors must continue to complete an I-9 for each newly hired employee. The U.S. Citizenship and Immigration Services (USCIS) is expected to suspend application of the “three day rule” for employer completion of the E-Verify process. Employers should be prepared to file completed I-9s for each new hire as soon as the USCIS brings the E-Verify system back on-line.

Employers should seek legal guidance in connection with any H-1B, H-2B, or E-3 employees who are placed in non-productive status or reduced work schedules.

The current partial federal government shutdown can create a host of legal challenges for government contractors. To ensure compliance with federal, state, and local laws, federal contractors should discuss requirements and strategies with their legal counsel.