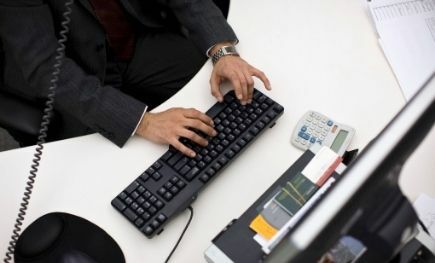 In our blog posts last year, we chronicled the sea change in employment laws that has been underway in Virginia, in areas such as misclassifying employees as independent contractors and workplace discrimination. Virginia has had a well-earned reputation as a state with workplace rules and regulations typically favoring businesses over employees. However, the Commonwealth has been pulled in the other direction in recent legislative sessions, with some now considering the state to be more aligned with progressive jurisdictions like California and Massachusetts, with more than a dozen employee-friendly pieces of legislation going into effect in 2020.

The trend in Virginia toward employee-centric workplace laws has carried over into 2021. Effective July 1, 2021, the Virginia Overtime Wage Act (VOWA) will change the state’s wage-hour laws, and necessitate significant changes in the pay practices that are likely to disproportionately impact businesses in certain industries (more detail to come in subsequence blog posts). While VOWA leaves more or less unchanged federal wage-hour practices under the Fair Labor Standards Act (FLSA) for non-exempt employees paid on an hourly basis, it fundamentally alters pay requirements for non-exempt salaried employees and appears to eliminate a number of exemptions to overtime that have previously been available under the FLSA.

What pay practices will remain the same for Virginia employers as of July 1, 2021?

What changes in pay practices will be needed under VOWA?

VOWA differs from the FLSA and will impact the current pay practices of many Virginia employers on two fronts, as follows:

Consider a hypothetical of a non-exempt salaried employee who is paid $1,000/week and puts in a 50-hour workweek:

Another potential downside of VOWA for some Virginia employers is that Section 40.1-29.2(D) appears to limit available FLSA overtime exemptions to executive, administrative, professional, outside sales, and certain transportation and local delivery employees. We note, however, that there is an inconsistency between this section and VOWA’s definition of “employees,” which seems to incorporate most FLSA overtime exemptions into the new law. We anticipate that the potentially significant consequences of 40.1-29.2(D) for some Virginia employers will cause it to be brought up for debate and potential amendment during the next legislative session. However, unless and until that happens, many of the FLSA overtime exemptions that have previously been available (e.g., for commission-based retail and service employees under Section 207(i), for automobile sales and services under Section 213(a)(10), and for computer-related occupations under Section 213(a)(17)), will no longer be available to Virginia employers as of July 1, 2021.

What should Virginia employers do to prepare for VOWA?

In light of the many changes in wage and hour practices attendant to VOWA, Virginia employers should carefully review their wage and overtime pay practices and employee classifications and consider whether to make changes in such practices to ensure compliance with the new law. If you have questions about your policies and practices to ensure compliance with the new legal requirements, the employment law attorneys at Bean, Kinney & Korman can assist in evaluating your company’s specific questions and in crafting effective solutions.